Want Leather, On A Budget? Consider Adding It At The Dealership 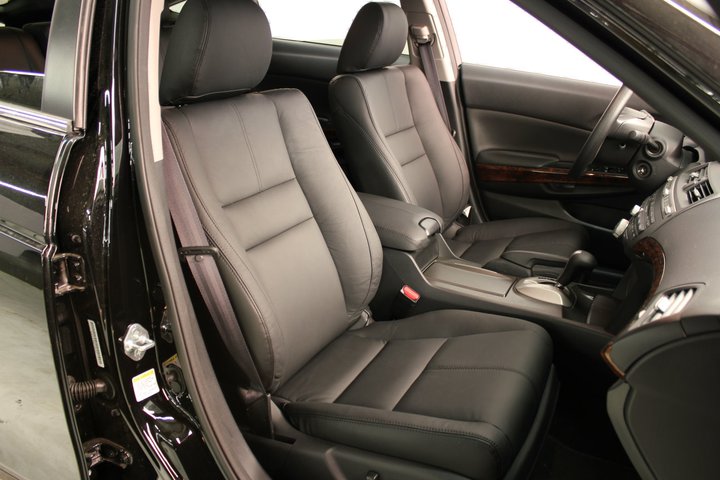 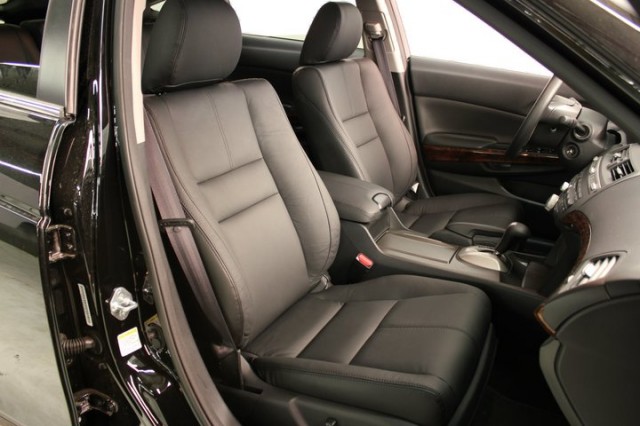 If you have a preference toward leather seats in your cars, the fact of the matter is that you probably spent a lot more on your last vehicle, and you're going to end up spending a lot more on your next automobile—compared to one with cloth or vinyl seats, that is.

Compounding the premium is that automakers know they can overcharge you for them, and really pad their profit over your requirement. The many thousands of dollars you might pay to get leather is likely far, far more than the cost of the cowhides themselves; that's because they've determined that leather—like a few select features such as a moonroof, or a sophisticated connectivity interface—are enough to lure people up to the next trim level. And in general, each upper trim level (like EX over LX for Honda models, or LT over LS on Chevy models) tends to bring in more profit.

To help ease that blow, an aftermarket upholsterer could help get you there more affordably. A California company called Katzkin is one of the best-known names, and they're pushing their leather-upholstery kits as an alternative. And, they say, their kit costs a lot less for a result that's comparable to, if not better than, original-equipment leather seats.

A workaround that could save you thousands

Say you have your eyes on a nice-and-simple 2012 Honda Accord LX, with the base four-cylinder engine and automatic (bottom-line sticker: $22,950). But you decide somewhere along the line that you'd really like to pay a little extra and get leather seats. Well, that's just not possible—at least not economically. In order to get those leather seats, you'll have to step up to the Accord EX-L and all sorts of other equipment you might not want or need—to the tune of $28,325, or $5,375 more.

Likewise, on the 2012 Chevrolet Traverse, it requires first stepping up to the 2LT package—which is already $5,220 more than the base LS, then adding a $1,775 standalone leather seating option. And even then, you only get leather for the first two rows.

Katzkin's kits aren't seat covers—instead, one of 2,000 certified installers (including retail chains like CarMax) will remove the original upholstery, and much of the hardware, down to the seat foam, and replace it with leather that has a very precise, secure fit.

The specs, feel, safety of original-equipment

“It looks just like original,” insists the company's chief designer Dave O'Connell. “There is no physical or visual difference in the way our leather fits than for OEM leather.”

The Katzkin kits have been reverse-engineered to factory seat constraints, model by model, and they all carry a three-year, 36,000-mile warranty. As well, they meet all the original-equipment specs for airbag testing.

“Everything fits...Better than from the factory in some cases, as it's hand-fitted,” said O'Connell, who says that the result feels like it was built onto the seat structure at the factory. “We took the factory seat, and improved on it.” 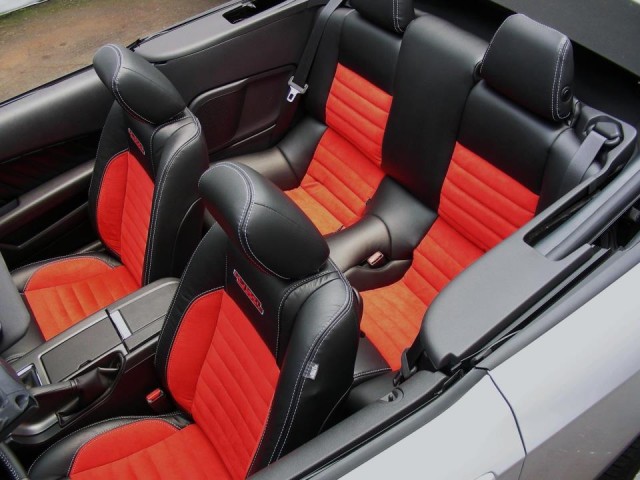 And it's permanent—meant to stay with the vehicle for its lifetime. So it does increase the resale value of the vehicle over the long run, versus cloth, according to the company.

Wrap it into new-car financing

As for the cost of the kit, Katzkin's kits typically cost $1,995 (installed) for a two-row vehicle, or $2,295 for a three-row vehicle. And at most dealerships, you should be able to arrange for the job, and have it covered under new-car financing. In addition to three styles, Katzkin offers a regular-grain leather, as well as a premium grain Tuscany leather that's softer and suits high-end luxury applications.

The other big selling point: the upholstery is hand-sewn in the U.S.A. When an order is placed, the seat kits are assembled at Katzkin's own facility—in the Los Angeles region—that same day, then next-day-shipped out to the installation partner. “Start to finish, it's a 48-hour time period,” said O'Connell. “All of the manufacturing happens right here in LA with local folks.”

Katzkin has built its name on kits, but looking ahead, the company is broadening its ventures in custom and individual installs—such as those that some owners have ordered to correspond with exterior color in the Camaro and other sports or muscle cars—as well as in OEM installations. Most notably, its leather has appeared in this year's Mopar show cars, including the Fiat 500 Stinger, Dodge Dart 210 Tribute, and Mopar 300.

For more information, or to find an installer, see Katzkin's site.