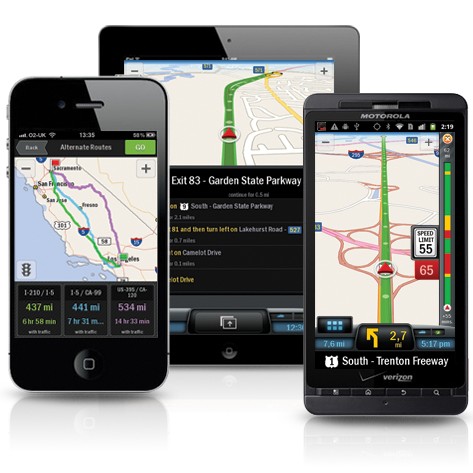 When planning a road trip these days, you've got plenty of tools at your disposal. Countless sites allow you to book hotels and event tickets, and even more offer reviews of restaurants and attractions.

But of course, you still need a tool to arrive at your destination. If you don't already have one, you might consider a free version of CoPilot, coming this March to Android and iPhone devices.

If you spend a lot of time in the car, you may already be familiar with CoPilot Live -- in fact, you might have already shelled out $5 for the standard version or $25 for the premium. But if apps with pricetags turn you off, you'll be interested to know about CoPilot GPS, which will offer some of the same features for exactly $0.

The biggest selling point of CoPilot -- both the free and paid version -- is that it downloads full maps to your smartphone, which means that they'll be available even if you wander out of range from the nearest cell tower. It also comes with points of interest pre-installed.

Unlike the paid versions, however, CoPilot GPS doesn't offer voice guidance, speed limit warnings, or route re-calculations on the off-chance that you miss a turn. However, users will have the option to purchase those features as add-ons from within the freemium app.

One other disadvantage of using CoPilot -- again, either version -- is that you'll need a good bit of spare room on your phone. Unlike Navigon, which recently began allowing users to download only the maps they need, CoPilot users have to download large country maps. According to Cnet, the North American map takes up about a gigabyte worth of space, which could force some users to do some housecleaning. Then again, given a choice, would you rather have an accurate map on your phone or the Britney Spears anthology? Yeah, we thought so.

Still, the app looks good, and we love the idea of using our phones -- devices we already keep close at hand -- rather than an aftermarket set-up. (Judging from TomTom's recent earnings report, we don't think we're alone in that.)

CoPilot GPS debuted this week at the Mobile World Congress in Barcelona. Expect to see it in the Android Marketplace and in Apple's App Store this March.