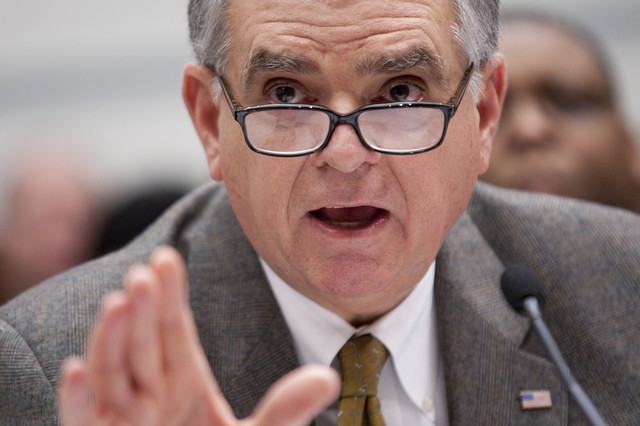 Back in December, the National Transportation Safety Board proposed strict new guidelines governing the use of mobile devices in automobiles. Shortly thereafter, U.S. Secretary of Transportation Ray LaHood implied that portions of the NTSB's guidelines were unnecessary -- namely the part about outlawing hands-free calls.

Now, LaHood and company have released their own set of rules for automakers, with promises of more to come. Let's do a quick comparison.

The guidelines proposed by the NTSB are aimed at drivers -- or, more specifically, at state lawmakers who draft rules for drivers. Though they are only suggestions and don't carry legal weight, the NTSB hopes that states will use them to develop new laws prohibiting drivers from using their mobile devices behind the wheel.

The NTSB guidelines suggest outlawing drivers' use of mobile devices, even for hands-free calls. To date, only nine states -- plus the Virgin Islands and the District of Columbia -- prohibit drivers from using handheld phones for calls, texts, or emails. Four others limit use in certain instances, mostly depending on the driver's age. However, these states permit drivers to make calls if they're using hands-free devices, like Bluetooth headsets or in-dash systems.

The NTSB issued the guidelines in the hopes of making laws more consistent across the country, in much the same way that seat belt laws are fairly consistent for front-seat passengers (except New Hampshire, of course).

The DOT guidelines, on the other hand, are aimed at automakers. Also, they're focused solely on visual and manual interactions between drivers and in-car systems -- in other words, how drivers see and control those systems with their hands.

However, these are just Phase 1 of a three-phase roll-out. In Phase 2, the DOT will offer visual/manual guidelines for the makers of aftermarket equipment and portable devices (e.g. smartphone companies like Apple and Samsung). And in Phase 3, the DOT will tackle auditory and vocal interactions between drivers and all three types of systems: in-dash, aftermarket, and mobile.

So what are the DOT's Phase 1 suggestions? In a nutshell, the DOT says that automakers should make it as easy as possible for drivers to interact with mobile devices via in-dash systems (like Ford SYNC). Citing the Alliance of Automobile Manufacturers' Guidelines issued in 2006, the DOT believes that:

A visual or visual-manual task intended for use by a driver while the vehicle is in motion should be designed to the following criteria:
A1. Single glance durations generally should not exceed 2 seconds; and
A2. Task completion should require no more than 20 seconds of total glance time to display(s) and controls

The DOT goes into a fair amount of detail about the placement of visual interfaces, using complicated mathematical formulae. If you're really into that sort of thing, or if you suffer from chronic insomnia, start reading at page 72 of the PDF. For everyone else, just know that the DOT's basic goal is to ensure that drivers can interact with the infotainment system with just one hand, while keeping the other firmly on the steering wheel.

It bears mentioning that, just like the NTSB guidelines, the DOT's are purely voluntary, meaning that they don't carry the weight of law.

The DOT's new guidelines don't affect you -- yet. In the future, however, they may influence the way in which you interact with your vehicle's infotainment system, especially the way you take and make calls from the driver's seat.

The DOT's new guidelines also don't contradict those proposed by the NTSB -- yet. We'll see if that holds true once Phase 2 is released.

But what is abundantly clear is that the government is keeping an eye on the way in which automakers design their infotainment systems, and eventually they'll devise regulations to provide consistency among those systems. That's nothing to fear at the moment -- just another set of safety regulations like those already governing airbags and seat belts. In other words, just as today's vehicles are recalled for, say, incorrect info about spare tire inflation, tomorrow's vehicles may be recalled for improper sight lines or confusing touch screens.

Oh well. At least it'll give the folks at the National Highway Traffic Safety Administration something to do.