Valentine's Day: 5 Cars That Say 'I Love You Not' 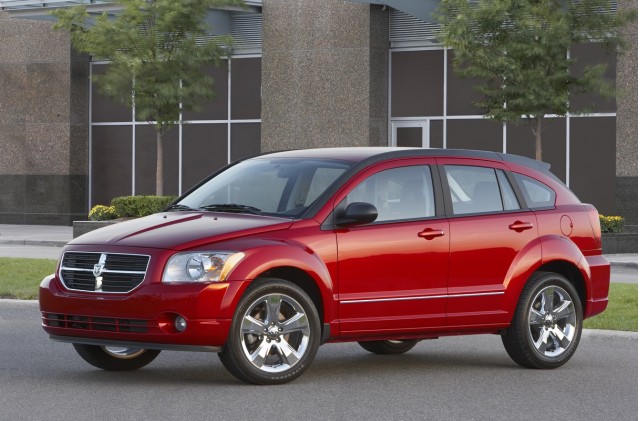 Gift-giving is dangerous business. Do it wrong, and you can offend even the most forgiving soul. Give your sweetie yellow roses, for example, and she may think you're through with her. Give him cologne, and you could find out the hard way that he has terrible allergies.

Earlier today, we ran through a list of cars that profess your undying love. For comparison, here are five rides that manage to say all the wrong things:

2012 Dodge Caliber
Some people give the Dodge Caliber low marks for its outward appearance -- and granted, it's not going to win the next cycle of America's Next Top Model -- but its plainness isn't the worst of it. Performance isn't remotely up to snuff, with an automatic CVT that makes the Caliber feel as if its gears have been lubed with molasses. More alarming, however, are the Caliber's low safety scores: it earned just three out of five stars in the Insurance Institute for Highway Safety's crash tests. While it's fine for some things, giving a Caliber as a gift is like saying, "Yo, you want this? I got it for free when I was upping your life insurance coverage."

2012 Fiat 500
We wanted to love the 500. You wanted to love the 500. Jennifer Lopez wanted to love the 500. And from the outside, there's a lot -- or a little -- to love about this pint-sized, super-cute, well-styled ride. We're also smitten with its high-tech accouterments, its good handling on the road, and its impressive safety scores (for models built after July 2011, anyway). In fact, the 500 was one of our 2012 Best Cars To Buy -- and it still is, so long as you're buying it for yourself. Grabbing one for your sweetie, though? Well, it's hard to find passion in a car when there's practically no backseat. It's like saying, "I love you so much, I got us a new bunk bed, too!"

2012 Honda Civic
Over the course of its near-40-year run, the Honda Civic has rarely been a head-turner, but it's always been dependable -- a go-to car for folks who care less about premium looks than getting to Point B. But the 2012 model? With bland styling, a cheap interior, and an ad campaign to make English majors cringe, the 2012 Civic went so far off the rails that journalists called it "a betrayal". Honda has taken those criticisms to heart, and it's working hard to restyle the Civic by the end of the year, but that doesn't do much for the models in showrooms now. Buying a 2012 Civic for your beloved says, "Everyone thinks our love, like this car, is wrong, but I know it'll last. Well, at least until fall when something younger and prettier comes along."

2012 Mitsubishi Outlander Sport
Word on the street is that the Outlander is finally heading off to that parking lot in the sky -- and frankly, we'll be happy to see that tailpipe go. While the Outlander isn't the ugliest ride on the road, it's not much of a looker, either. On the inside, there's a good bit of room (unless you're in the third row, in which case you'd better be a chihuahua), but then, there's a good bit of room in a garbage truck, too. Performance is weak on the whole, and the engine causes a good bit of noise in the cabin. Giving an Outlander says, "I know, I know, but like the Edsel, it'll be a collector's item someday."

2012 Nissan Murano CrossCabriolet
Have you ever wondered why there aren't more convertible crossovers on the market? Have a look at the Murano CrossCabriolet, and you'll find the answer. Weeks after its debut last summer, critics were already calling it the Most-Hated Car of 2011, with one going so far as to call it an "artichoke on wheels". The styling is...well, to call it "unique" would be a generous assessment. If you're the sort of person who's drawn to the ugliest puppy in the litter, the CrossCabriolet might be the car for you, but everyone else is going to pass. And it's not just ungainly, it's a poor performer, too, featuring a wobbly ride and minimal trunk room when the top is down. Mama used to say, "If you can't be pretty, be smart, and if you can't be smart, be kind." Well, the CrossCabriolet fails on all three. Giving one is akin to saying, "Look what I found abandoned at the SPCA!"