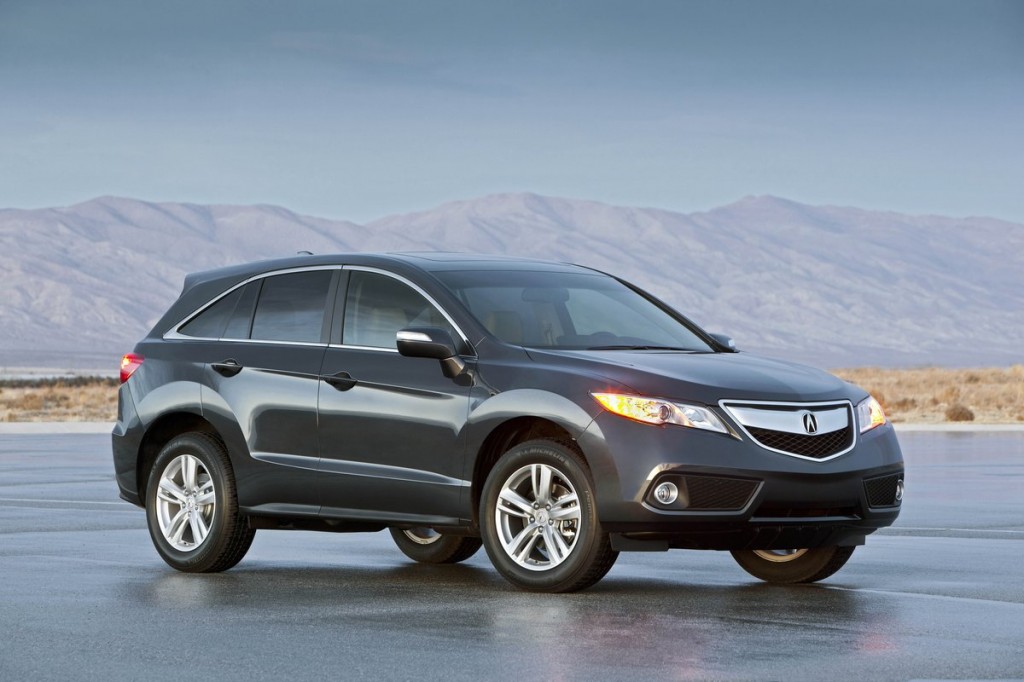 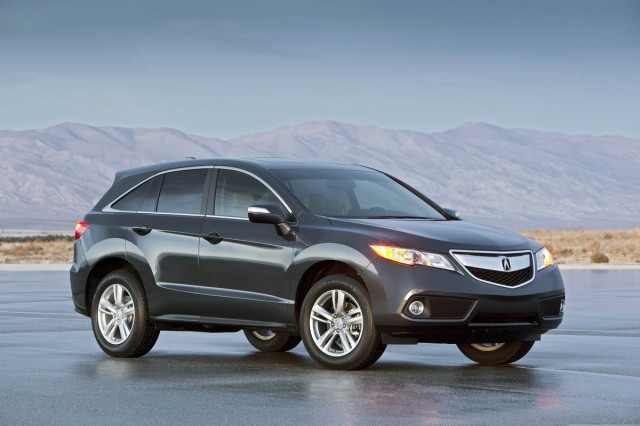 Honda is giving us the first glimpse of the all-new 2013 Acura RDX, at the Chicago Auto Show, and it really isn't much different than the concept form shown at last month's Detroit auto show.

The turbocharged four-cylinder engine is gone from the lineup—an odd decision, really, at a time when everyone else is moving to smaller-displacement, higher-mileage turbo engines. We have no complaints about the 273-horsepower, 3.5-liter V-6 engine that Acura is offering instead, though, and the new six-speed automatic transmission should improve responsiveness, with the new powertrain setup adding refinement to the RDX driving experience.

Acura mentions a number of improvements in the new RDX aimed at improving comfort and quiet inside the cabin. There's more sound damping for the interior, and Active Noise Control helps quell vibration and harshness. Look for substantial improvements in backseat passenger space and cargo space, with larger door openings easing entry and exit. And for the first time there's an available power tailgate in the RDX.

The RDX still offers all-wheel drive, but the system is a new lighter-weight one that should provide comparable performance to the former SH-AWD system—we hope—while improving gas mileage. EPA estimates for the RDX stand at 20 mpg city, 28 highway with front-wheel drive, or 19/27 with all-wheel drive; those are far from the best in this class of vehicle, but respectable.

We'll be surprised if the new RDX doesn't emerge as one of the safest picks in the compact luxury crossover class. The structure of the 2013 RDX will remain shared, mostly, with the Honda CR-V, a model that's already been named an IIHS Top Safety Pick, and the RDX should get a few exclusive active-safety extras.

In the 2013 RDX, the available navigation system has been upgraded to include real-time traffic with rerouting functions, plus real-time weather with radar maps, along with 15 gigabytes of music-storage capacity. A top-of-the-line ELS surround audio system should provide brilliant sound, while Pandora streaming capability (with a smartphone) and text-messaging features are integrated.

Look for the U.S.-built, 2013 Acura RDX to arrive to dealers this spring, and stay tuned for pricing, in-depth information, and driving impressions.