Super Bowl Should Be A Bonanza For Automakers (Except Kia) 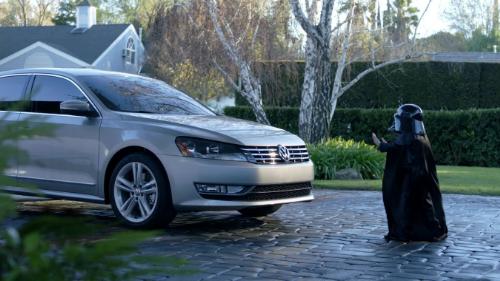 The Super Bowl is one of the biggest advertising events in America, so we'd expect America's biggest advertisers -- namely, the auto industry -- to be front and center during the game. As we've discussed before, spending upwards of $3 million for 30 seconds of advertising is a risky venture, but a new study shows that football fans expect car companies to put in an appearance. Well, most of them, anyway.

The study comes from Brand Keys, which regularly studies the way that consumers view major brands. Last week, the Brand Keys team spoke to 1,500 men and women between the ages of 18 and 65 who said they planned to watch the Super Bowl on February 5. They asked participants how they felt about the fact that certain companies were advertising during the game -- not whether they liked the company in question, and not whether they liked the company's ad (most haven't yet aired), just how they felt about the fact that the company is advertising in the Super Bowl.

Brand Keys took participants' numerical scores and tabulated the results to find out which companies seemed like a good fit for the Super Bowl and which weren't.

The winners: The biggest winner was Doritos, which had a positive score of 13, but among automakers, Hyundai, Audi, and Toyota also fared well, scoring 12, 9, and 5 points of positive sentiment, respectively.

The losers: Kia was the only automaker to end up in negative territory, with a score of -5.

The break-evens: Chrysler, Honda, General Motors, and Volkswagen finished the survey with scores of 0, meaning that consumers were evenly split on their presence in the broadcast.

What does all this mean?

As we said, the Brand Keys survey doesn't measure how well these companies are liked, per se. What it tells us is how good of a match these companies are for a Super Bowl audience. That, in turn, gives us a hint of which ads consumers are predisposed to watch and (possibly) enjoy.

Ultimately, automakers' return on investment for their ad dollars will depend on how funny or clever or touching or otherwise engaging their ads are. For example, Volkswagen and Chrysler may have gotten "meh" scores from Brand Keys' survey, but last year they each scored big wins during the Super Bowl.

On the flip side, even though Hyundai seems a good fit with Super Bowl fans, given the company's conservative marketing history, we don't expect Hyundai to really knock one out of the park. And although critics were underwhelmed by Kia's 2011 Super Bowl ad, the 2012 version -- with supermodel Adriana Lima and Motley Crue -- may fare better.

How about you? Are there particular ads you look forward to watching during the big game? Are there others that will signal a bathroom break? Drop us a line or let us know in the comments below.

First drive: 2021 Jeep Wrangler Rubicon 392 proves just how fun nonsense can be
Comments (0)
Commenting is closed for this article
Contribute
Send us a tip Comment Contact the editor
Follow Us