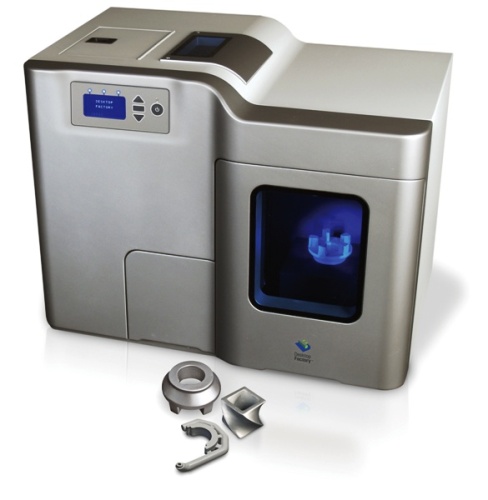 If you're a shade-tree mechanic, you know how frustrating it can be when a small, hard-to-find part stands between you and a perfectly functioning ride. 3D printers are likely to change that before long, and file-sharing site Pirate Bay is hoping to speed the process along.

3D printers have been around for nearly 30 years, though for most of that time, they've remained the province of major manufacturing plants. Using software programs similar to those used by architects, 3D printers take blueprints of objects -- parts, prototypes, etc. -- and construct them by adding layer upon layer of material. That material can change depending on the purpose of the part and might include plastic, steel, or precious metal.

Over the past decade, these printers have become increasingly common in everyday life. If you've gone to the dentist for a crown recently, chances are good that your mouth was photographed by a 3D scanner, and a crown was extruded on the spot using one of these devices. And if you're the crafty sort, you might've even used a site like Shapeways to build one-of-a-kind gifts for friends and family.

Prices on these printers have come way down. They're available on sites like Amazon for less than $2,000, and prices will drop further in the near future. While these printers aren't yet capable of printing every object -- food, for example -- they're very useful for simpler items like nuts, bolts, and, of course, certain car parts.

Pirate Bay is a file-sharing site, not unlike MegaUpload, which was recently shut down by the feds. The difference is that Pirate Bay is a torrent site, meaning that it doesn't actually host files itself, it simply connects folks who want to share particular items.

Yesterday in a blog post, Pirate Bay announced that it was adding a new category of files for sharing: Physibles. As the author says in the post:

We believe that the next step in copying will be made from digital form into physical form. It will be physical objects. Or as we decided to call them: Physibles. Data objects that are able (and feasible) to become physical. We believe that things like three dimensional printers, scanners and such are just the first step. We believe that in the nearby future you will print your spare sparts [sic] for your vehicles. You will download your sneakers within 20 years.

At the moment, the Physibles section is pretty limited, and about the only car-related item available for download is a blueprint of a 1970 Chevelle Hot-Rod model. (Frankly, the printable Chris Dodd is more interesting.) But over time, the selection will grow.

Even better, as 3D printers go fully mainstream, these blueprints will become available on a wider range of sites. You won't have to bittorrent them, you'll be able to find them on Amazon, eBay, and everywhere else.

Bottom line: 3D printers and the wider availability of 3D blueprints may not help you with the long-gone gasket needed to restore the vintage car sitting in your garage today. However, they could and should make such repair jobs a little bit easier down the road.