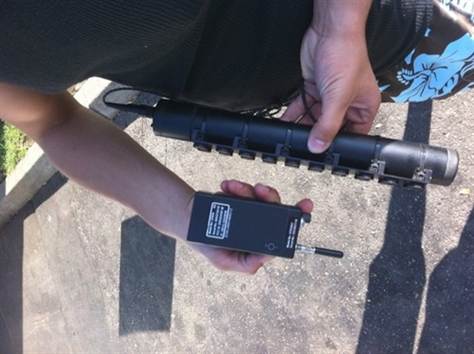 Antoine Jones, a nightclub owner in Washington, D.C., was sentenced to life in prison on a drug conspiracy conviction. Prosecutors built their case around police GPS tracking of Jones’ Jeep, which was followed to a residence used as a stash house for money and drugs.

Jones appealed his conviction, alleging that the police couldn’t employ GPS tracking on his vehicle without a warrant. Doing so, Jones’ attorney argued, violated his client’s Fourth Amendment rights.

Law enforcement, and even earlier court decisions, countered by saying that the evidence obtained was no different than police could gather through regular visual surveillance.

The case of U.S. v Jones, 10-1259, went all the way to the Supreme Court, and the Washington Post reports that the Justices were unanimous in their decision: placement of a GPS tracking device without a warrant constitutes an illegal search.

Justice Scalia said of the decision, “By attaching the device to the Jeep, officers encroached on a protected area.”

An appeals court had already overturned Jones’ conviction, but today’s victory must have been equally rewarding.

It opens the door for appeals on dozens of such cases from coast to coast, and changes the rules that law enforcement must play by when gathering evidence on suspects.

Some in the Supreme Court felt that the decision didn’t go far enough. Justice Alito, in a concurring opinion, stated that the court should have address GPS tracking of cell phones and other wireless devices. Justices Ginsburg, Breyer and Kagen agreed.

On the one hand, the Supreme Court's decision is a victory for personal liberty, but on the other hand it makes the job of law enforcement that much more difficult.

Worse, it's likely that the decision will overturn convictions, freeing felons guilty of crimes ranging from armed robbery through homicide.

Is the court's decision a victory for citizen's rights, or a setback for law enforcement?

Leave us your thoughts in the Comments below.