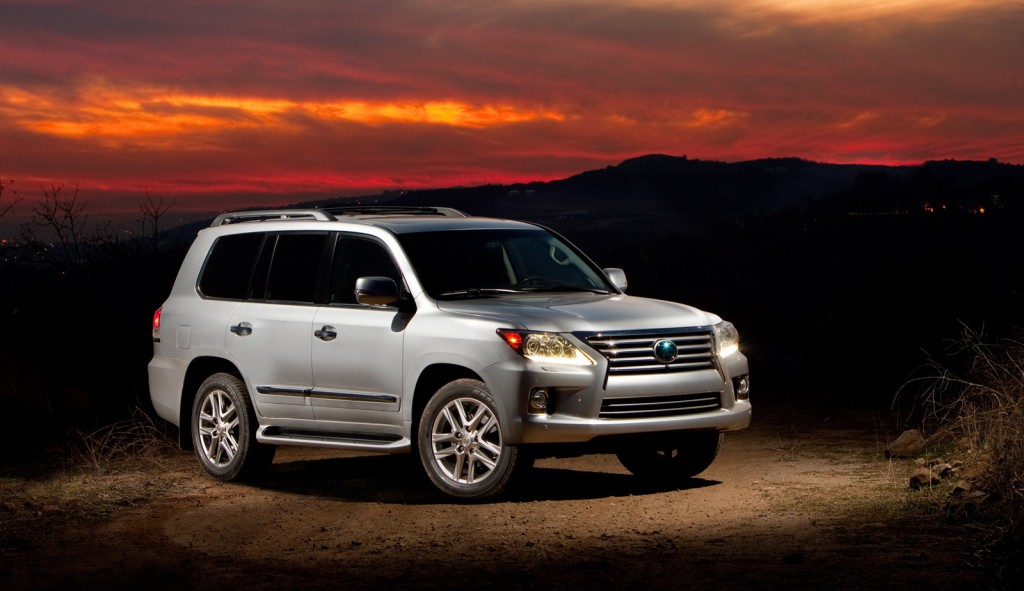 If you’re in the market for a full size luxury SUV with legitimate go-anywhere credentials, the Lexus LX 570 has historically been a solid choice. Based on Toyota’s esteemed Land Cruiser, but fitted with a club-room-like interior, the Lexus LX 570 outsold its Toyota cousin by nearly 2:1 in the U.S. last year.

Lexus has updated the LX 570 with a restyled front and rear for the 2013 model year, and has improved its off-road capabilities with an updated Crawl Control, a new Turn Assist (to tighten the turning radius) and a new Multi-terrain Select feature that mirrors the system used by Land Rover.

It looks like the price of the rear-seat entertainment center has been bumped up slightly as well. Last year, the system cost $1,990, but for 2013 Lexus is asking $2,005. Strangely absent from the 2013 option list is the Mark Levinson Audio system, which was a $2,850 option on the last LX 570.

On the plus side, the Luxury Package, which includes a cool box, semi-aniline leather-trimmed upholstery, a heated steering wheel, mahogany wood trim, heated and ventilated front seats, heated rear seats and a Smart Access card key, now lists for $1,510, a price drop of $730 from the previous model.

Expect the 2013 Lexus LX 570 to hit dealerships sometime in February.