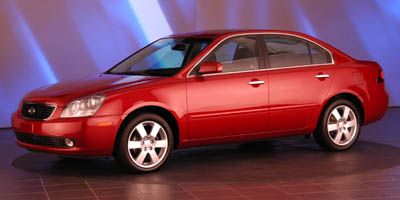 Kia Motors Corporation has issued a recall for the 2006 - 2008 Optima sedan and for the 2007 - 2008 Kia Rondo. In those vehicles, Kia has identified a problem with the driver's side airbag that could prevent the airbag from deploying during an accident.

If this sounds a little familiar, it should: last September, Kia's sister company, Hyundai, issued an identical recall for the 2007 - 2008 Santa Fe and Veracruz. Then as now, the flaw lies with the clock spring contact assembly that helps fire the driver's side airbag. According to both recall notices, over time that assembly can force a buildup of resistance in a vehicle's electrical circuits, which could stop the driver's side airbag from deploying during a collision. Not good.

Also not good: according to a bulletin from the National Highway Traffic Safety Administration, the Kia recall is paced much slower than Hyundai's. Kia owners shouldn't expect to receive notice of the recall until March of this year. At that time, owners will be able to take their vehicles to a Kia dealer, who will inspect the clock spring assembly and replace it "as necessary". (That's the NHTSA's phrase, not ours.)