Americans Are Holding On To Their Cars Longer Than Ever 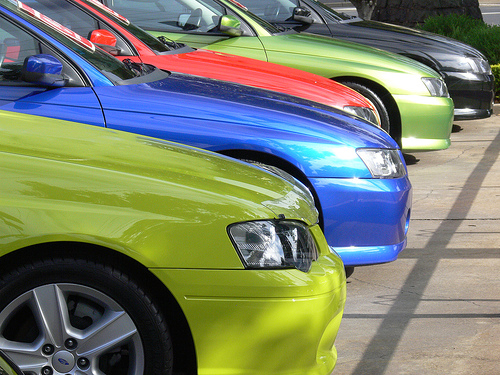 Given the recent recession and relatively high unemployment figures, it's no surprise that car owners are holding on to their vehicles for a long time. According to research firm Polk, however, the average age of vehicles on U.S. roads has hit an all-time high of 10.8 years.

The figures from Polk come as a bit of a shock, given last year's strong auto sales. Common sense says that greater new car sales would reduce the average age of vehicles in use.

However, Polk says there's a good reason for the aging of the American auto population: weak sales in 2008 and 2009. Vehicle sales tanked during the Great Recession, and fewer new car sales meant that the average age of vehicles in use ramped up. Consumers have gradually returned to the market since 2009, but not in ample numbers to counterbalance the two-year dip.

The trend may be shifting into reverse, though, given the growing number of vehicles on the roads. In 2009 and 2010, the number of registered vehicles in the U.S. declined, but in 2011, the number shot up by about 500,000 to 240,504,646. Many of those were new car registrations, and if sales continue upward -- as many analysts believe they will -- the average age of vehicles in use will likely decline.

The downside of this news -- at least for the auto industry -- is that consumers remain a little shell-shocked by the recession. Though customers are clearly interested in new cars again, they're not yet beating down the showroom doors.

But the upside, according to Polk, is that this represents a huge opportunity for automakers and dealers. As the economy stabilizes, consumers confidence will rise, which may be just the boost shoppers need to trade in their aging wheels.

How old is your ride? Are you ready to give it up yet? Drop us a line, or leave a comment below and let us know.