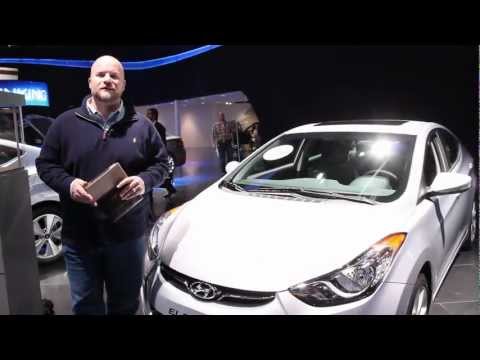 The North American Car and Truck of the Year jury has spoken, and at this year's Detroit Auto Show, the committee chose its two favorites for the new model year.

For this year's awards, the winners are the 2012 Hyundai Elantra for car of the year and the 2012 Land Rover Range Rover Evoque for truck of the year.

In all, 50 journalists from the U.S. and Canada chose the Elantra and Evoque from a field of 24 vehicles, including seven trucks and 17 cars. On the short list aside the Elantra were the Volkswagen Passat and Ford Focus, with a points spread of less than 20 between all three.

Among the trucks, the Evoque won by a wide margin, finishing more than 100 points ahead of the Honda CR-V and BMW X3.

Jurors include our own editorial director Marty Padgett, who brings you more detail in the video here.

High Gear Media covers the 2012 Detroit Auto Show live from Cobo Center--follow the news on the Web, on Facebook or on Twitter