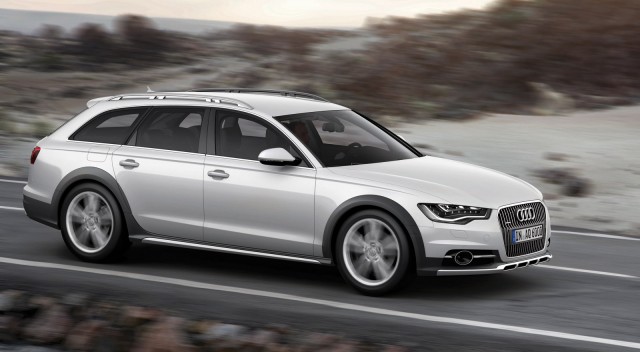 When the Audi allroad station wagon appeared in the U.S. earlier this century, it didn't have a great run -- but it's making a comeback. And if you happen to have an allroad in your garage, Audi wants to give you the chance to test drive the newest member of the family with an all-expense paid trip to Park City, Utah.

Fans say that the Audi allroad was ahead of its time -- at least in the U.S. Though wagons have been on the rebound in Europe for a while, Americans were still entranced by SUVs and crossovers when the allroad arrived in 2001. As a result, it was pulled just four years later.

Today, however, marketing data reveals that U.S. consumers are ready for the station wagon's return. And so, Audi announced the launch of a 2013 A4 allroad (with hints of an A6 model in the wings). If you're a proud owner of an earlier version of the allroad, Audi is sponsoring a contest to give you a sneak peek of the 2013 model during the upcoming USSA Freestyle International World Cup.

The gist of the contest is simple: just share pics and stories of you and your allroad on Twitter, Google+, Flickr, and/or Instagram using the hashtag #myallroad. Not part of those social networks? No problem. You can send your photos and write-ups to [email protected]. You'll need to act quickly, though: Audi will stop reviewing entries next Tuesday, January 17, at 11:59pm ET.

Audi's "panel of qualified judges" will score entries based on the following criteria:

Ultimately, Audi will invite the ten participants with the highest scores to Park City for the Freestyle International World Cup, from February 2 through February 5, 2012. Among the goodies to be showered on those winners (and their plus-ones) will be a test drive of the new Audi allroad.

Avalon ends in 2022, as Toyota sharpens focus on crossovers and SUVs
Commenting is closed for this article
Contribute
Send us a tip Comment Contact the editor
Follow Us