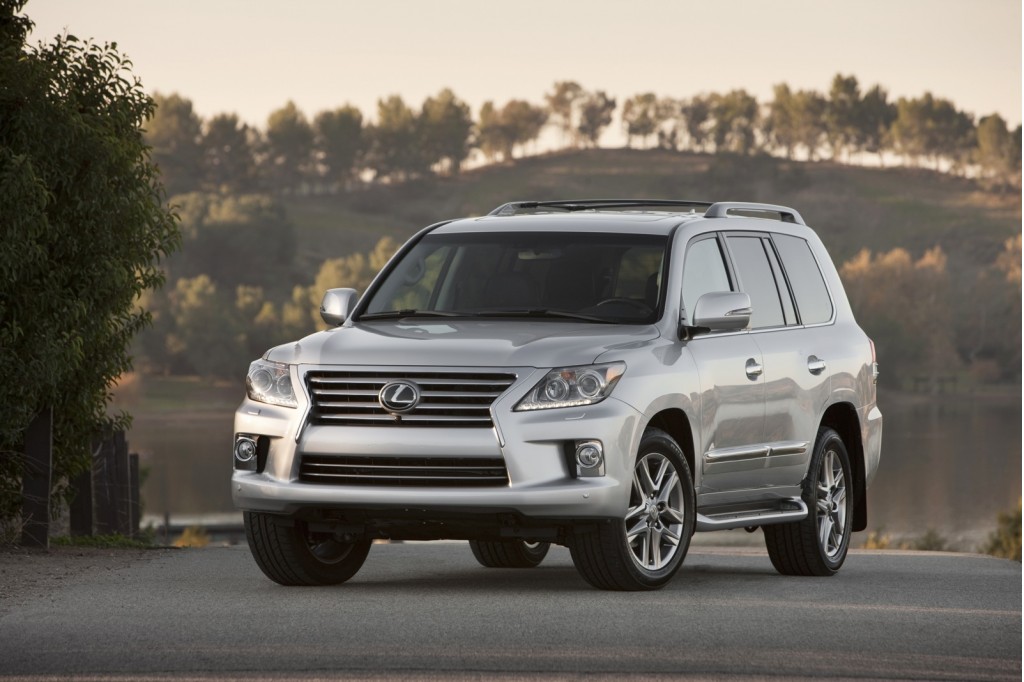 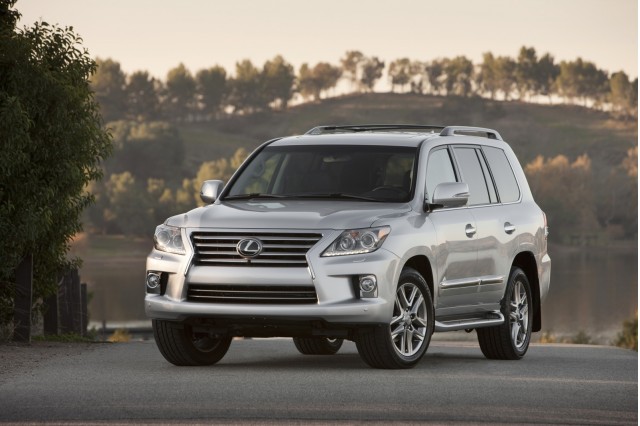 After a skipped 2012 model year, the 2013 Lexus LX 570 returns with an ever more luxurious interior, some new tech gadgetry, and a front end brought into line with the rest of the latest Lexus lineup.

The bruising SUV, which shares a platform with the 2013 Toyota Land Cruiser, now wears a grille and headlamps that link it to new Lexus vehicles like the 2013 GS sedans, even the LF-Lc concept making its debut at this year's Detroit show. Some LED detail lights, reshaped bumpers, and new 20-inch wheels don't do much to alter its bluff stance, though. Inside, the LX seems to have raided the Just Arrived racks at Saks: there's dark-toned metallic trim to complement mahogany paneling and "cashmere" leather in circa-2005 abundance.

The drivetrain's essentially carried over from the 2011 model year. The 5.7-liter V-8 still mates with a six-speed automatic with sequential shifting, and output is still rated at 383 horsepower and 403 pound-feet of torque, almost all of it available from as low as 2200 rpm. The LX's four-wheel-drive system keeps its Torsen limited-slip locking center differential, and power is split 40:60, front to rear. The LX can tow up to 7000 pounds.

On the functional side, the LX now has an "Easy Access" feature that retracts the power-telescoping steering wheel and pushes the driver seat back for more clamber-in room.

As before, the LX 570 has 10 standard airbags, active headrests, and a rearview camera. Lexus' Enform system, with Safety Connect, is now standard, and includes a free year of service.

Each LX comes with navigation, smartphone connectivity that enables apps for use via the nav screen, and four-zone climate control. An 19-speaker Mark Levinson stereo system is Lexus' answer to Range Rover's highest-end audio systems.