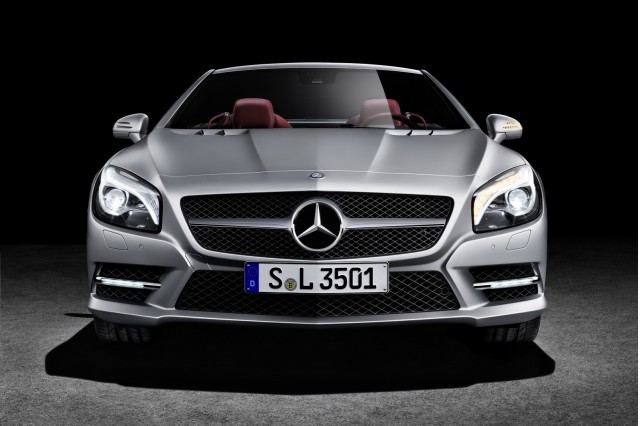 Automakers live-streaming new vehicle reveals is becoming commonplace at auto shows. Lexus live-streamed the 2013 GS reveal at the Los Angeles Auto Show this past fall, and now Mercedes-Benz plans to do the same thing with the 2013 SL Class debut next week at the Detroit Auto Show.

While the new 2013 SL Class has already been officially revealed online, we're sure some of you will want to watch the official debut as we know Mercedes-Benz will make it a big deal. While we can already tell you the car is stunning in person, we'll be at Cobo Center next Monday taking live shots and video of the new drop-top.

You can watch the live-stream on the Mercedes-Benz USA Facebook fan page on the SL World Premiere tab Monday at 9:55 AM EST.

If you need to brush up on the new 2013 SL Class before its debut, you can read our preview, and be sure to check out all the latest SL Class news. For all the Detroit Auto Show news check, out our dedicated hub.