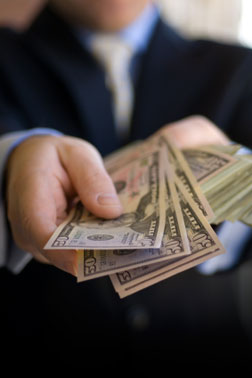 If you've been thinking about buying a new car, you might want to act sooner rather than later. According to TrueCar, new-car incentives are going the way of the dodo, and if sales continue on their upward trend, the deals may not return for a while.

Last year was a curious one for incentives. In December 2010, automakers were shelling out an average of $2,642 per vehicle in incentives. Then came the Tohoku earthquake and tsunami, which put popular vehicles from Toyota, Honda, and other Japanese automakers in short supply. As a result, incentives all but dried up.

By the fall, supply had stabilized, and incentives were on the rise, rebounding to $2,631.-- but then, thanks to strong sales, they began disappearing again. In December 2011, the average incentive had fallen about $70 to $2,562.

That's the price we pay for an economy on the mend. As the financial landscape continues to improve and credit becomes easier to acquire, consumers are returning to auto showrooms (a fact borne out by 2011's sales figures). And following the laws of economics, when demand is high, prices rise.

Where are the deals?

That said, some automakers offer more discounts than their competitors. Hyundai/Kia and Toyota offer the skimpiest incentives among major brands -- $1,108 and $1,887, respectively -- while GM and Chrysler offer the heftiest -- $3,020 and $3,246, respectively.

But the real figure that matters is the ratio of incentive to price. On that front, Nissan and Chrysler win big: the average Nissan incentive is about 10.5% of price, and the figure for Chrysler is 11.1%. The Chrysler numbers are probably influenced a bit by Fiat, so we'll see if those stats hold after the 500's introduction campaign begins ratcheting down.

Bottom line: auto sales are predicted to grow in 2012, and while incentives won't entirely disappear, they're likely to slim down. If new vehicle supplies are interrupted by more natural disasters, those incentives may get even scarcer. So, while people often like to debate the best time to purchase a new car, it couldn't hurt for the budget-minded to start looking now (especially with dealers trying to unload the 2011 models still left on the lots).