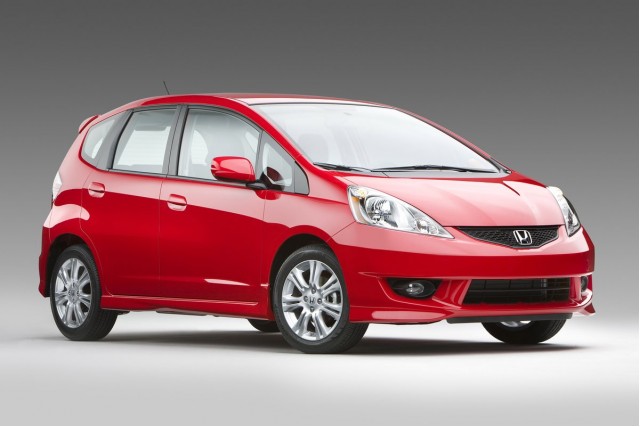 If you're looking for a good value in a new car, turn your attention to the Honda Fit. For the second year in a row, it's driven to the top of Consumer Reports Best New-Car Value list.

The results shouldn't be all that surprising. Since the Fit's Japanese debut in 2001, critics and shoppers have fallen over themselves to praise the pint-sized ride. Even in the U.S. -- a market not known for its love of small cars -- the Fit caused a huge sensation when it finally appeared in 2006. (We scored the 2012 model a respectable 8 out of 10, with a few points taken off for iffy aesthetics and a lack of options like satellite radio.)

What is surprising, though, is that Consumer Reports scored the Fit so well against such a wide range of competitors. The magazine reviewed factors like reliability, performance, and cost of ownership for some 200 vehicles, including luxury rides like the Lexus ES 350 and the Jaguar XJL. In the end, the Fit trumped 'em all in terms of value for money spent.

Of the 48 vehicles that fared best in Consumer Reports' tests, 34 -- like the Fit, the Toyota Prius hybrid, the Scion xD, and Toyota Corolla -- came from Japanese automakers. Europe placed a very distant second with six models (mostly VWs). The U.S. arrived in third (thanks to Ford), with South Korea bringing up the rear.

Consumer Reports also ranked autos by segment. Some of the magazine's best/worst ratings were:

The complete list of rankings is available in the current issue of Consumer Reports.