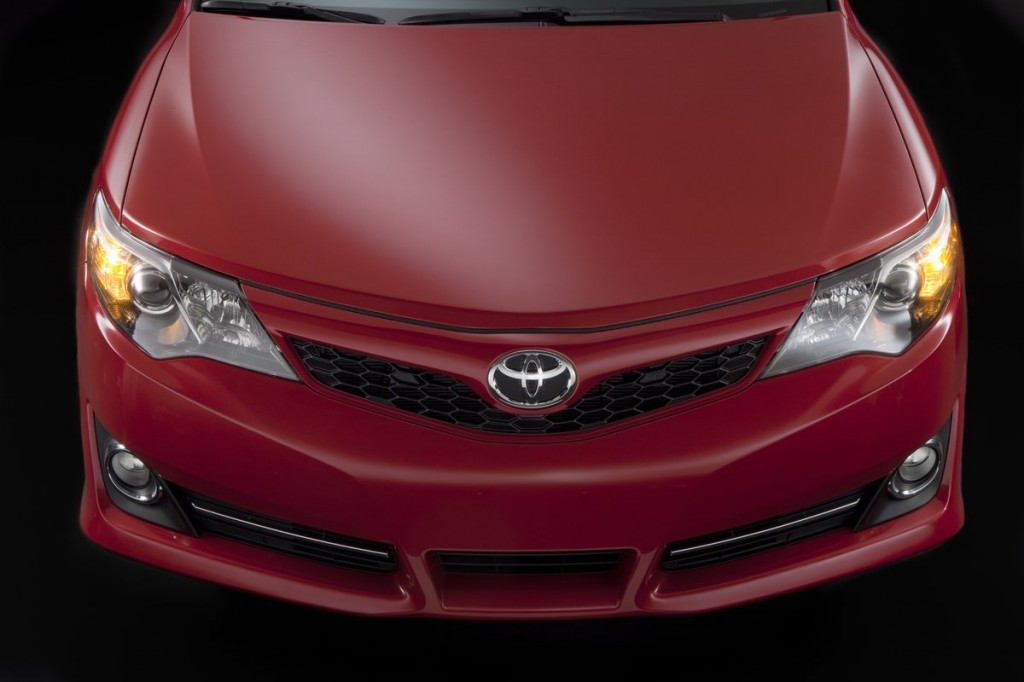 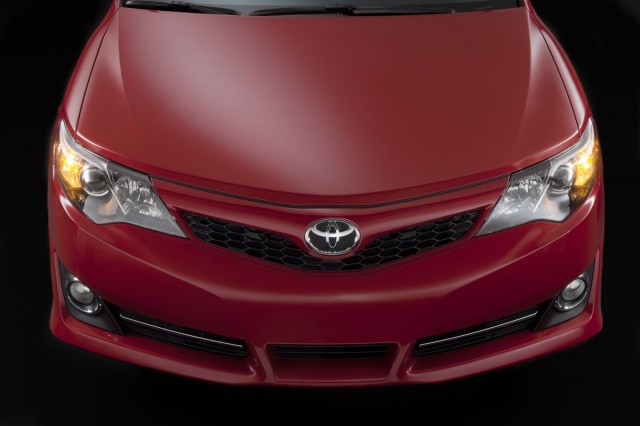 No matter what brand of vehicle you have, chances are it is—or will be—affected by some sort of recall.

Recalls, while a necessity for safety, mean lost time and money for both the automaker and the customer. And the good news is that there were fewer this past year.

According to a WardsAuto analysis of data from the federal government, automakers issued 130 recall campaigns in 2011 (not including the few issued this week), affecting about 13 million light vehicles and reversing a two-year trend of record vehicle-recall levels.

Toyota issued the most recalls again in 2011

In 2011, Toyota was for the third year in a row the automaker with the most recalled vehicles—more than 3.5 million in all, covered by 13 different campaigns. However, it’s worth noting that its totals were a fraction of the total for 2010, when the automaker issued the bulk of its accelerator-related recalls, covering 11.5 million vehicles in all.

As we reported last summer, 30 percent of recalled vehicles aren’t fixed within 18 months after a recall, and dealerships will still be performing some of these recalls for many years.

WardsAuto points out that even though the totals for the last couple of years have been high for recalls, they’re well below the levels of 2000—the same year that the Ford/Firestone tire-recall issue broke.

Visit the federal government’s vehicle recalls page to see if your vehicle is affected by an issue, and click over to page two to see some of this year’s most interesting recalls.

Arachnophobia hits Mazda, Hyundai, Honda
Last March, Mazda issued a recall for about 52,000 Mazda6 sedans, from the 2009 and 2010 model years, with the four-cylinder engine. The reason? Spiders (a certain type of spider, the yellow sac) could weave a web in a certain place, eventually causing a fuel-tank leakage—and potentially, fire. While this seemed like an early April Fool’s prank at first read, it’s real. And just a few days later, we learned that a similar issue applied to several newer Honda and Hyundai models as well, with both automakers issuing technical service bulletins (TSBs) on how to prevent the critters from setting up shop inside. 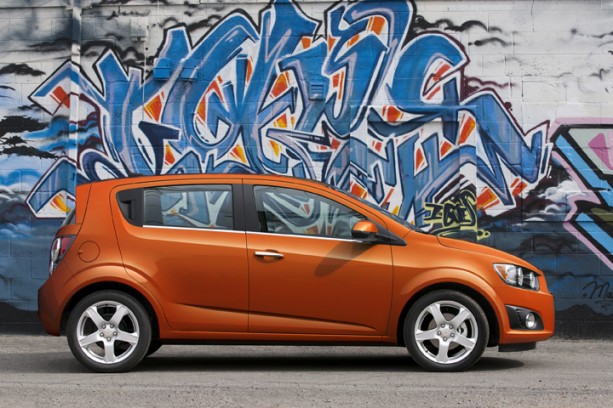 Missing brake pads prompt 2012 Chevy Sonic recall
Hot off the presses as we write this year-end wrap is one particularly memorable recall that General Motors issued just this week. New 2012 Chevrolet Sonic subcompacts could be potentially missing a front brake pad. At least one rental-car was found to be missing a pad during warranty service. GM is in the process of sending out letters to owners, but in the meantime, you’d probably best get a brake check. 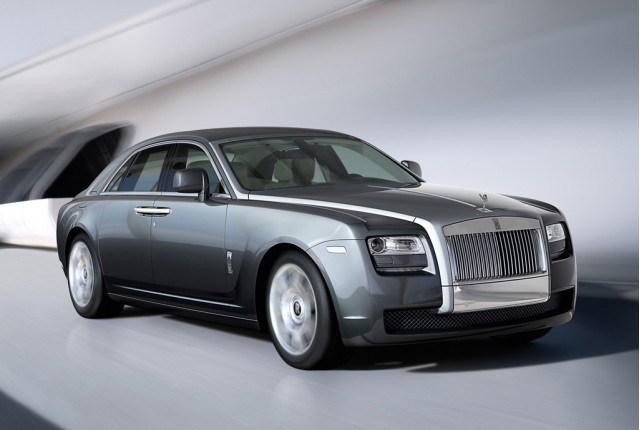 Rolls-Royces recalled
Lesson: No automaker is excepted when it comes to recalls. Case in point: Rolls-Royce, and its recall of the 2010 Ghost. According to Rolls, a faulty circuit board can cause damage to an auxiliary water pump, potentially starting an engine fire. The issue only covers 599 Rolls-Royce vehicles, with the same problem affecting more than 32,000 BMW models, but here the idea of a recalled Rolls is what stands out. 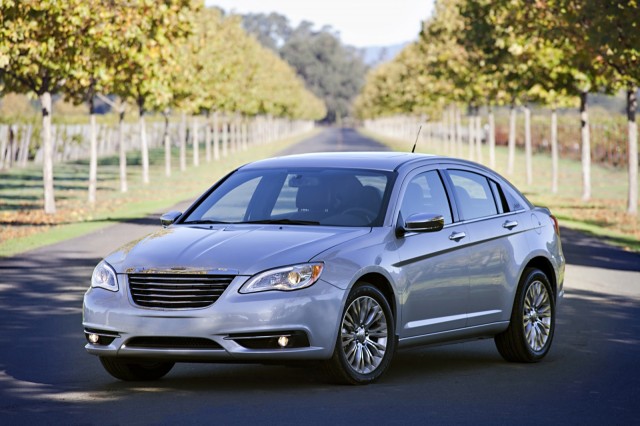 Chrysler does the right thing with engine mishap
Chrysler is installing its new 3.6-liter Pentastar V-6 throughout its model line, and it makes sense. In everything from the Jeep Grand Cherokee to the Chrysler 200, we can’t get enough of its strong, smooth character. This fall, Chrysler recalled nearly 700 model-year 2012 vehicles with this engine, due to manufacturing debris left inside the engine block—potentially leading to connecting-rod failure. In Detroit’s not-too-distant past, such issues might have slipped through, to later shake out in warranty claims. We applaud Chrysler for doing the right thing up front—and it bodes well for the new company.

Massive Honda airbag recall
Honda had already recalled 826,000 vehicles from earlier this past decade due to problematic airbag components. This past year, after announcing a couple of progressively larger recalls, expanding the efford to another 833,000 vehicles that could potentially have defective inflators. The bottom line: If you own a Honda or Acura from the 2001 through 2003 model years, chances are your Honda dealership might want to inspect it—and potentially replace some airbag components. 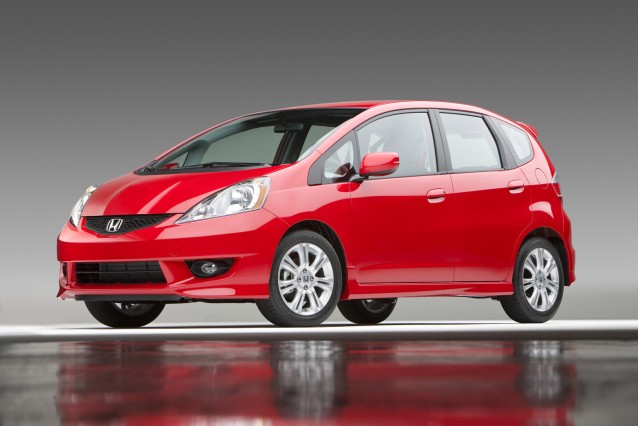 Engine issue on Honda Fit
Honda has a bulletproof record with engines—to the point that it’s been termed an ‘engine company’ first and foremost by a number of enthusiasts and industry insiders. So it was all the more surprising that Honda’s Fit subcompact was recalled for engine springs that "may bend or break over time, resulting in abnormal engine noise and potentially causing engine damage or stalling.” Covered by this recall were 693,497 Fits—including 97,201 U.S. models from the 2009 and 2010 model years.

Lexus stalling, fuel issues
Relatively early in the year, when the car-buying public was likely still mulling over the aftermath of Toyota’s accelerator-related recalls in 2009 and 2010, the world’s largest automaker announced yet another set of recall issues—this time covering an issue with stalling and/or fuel leaks on 2006-2009 Lexus IS and 2006-2007 Lexus GS luxury sport sedans. 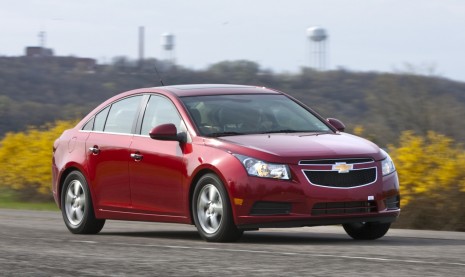 Chevrolet Cruze steering wheel
The 2011 and 2012 Chevrolet Cruze models rank among our top compact sedan picks. Yet in its first full year, they’ve already been covered by three unfortunate recalls, affecting 231,319 cars in all. Among those, the most memorable were two campaigns that came relatively early in the Cruze’s production: a potential issue with steering wheels that might not be properly fastened; then an issue with the automatic-transmission shift linkage.
Tags:
Car Sales Quality repairs Car Safety Industry Recalls
2021
The Car Connection
See the winners »
2021
The Car Connection
See The Winner and Nominees »