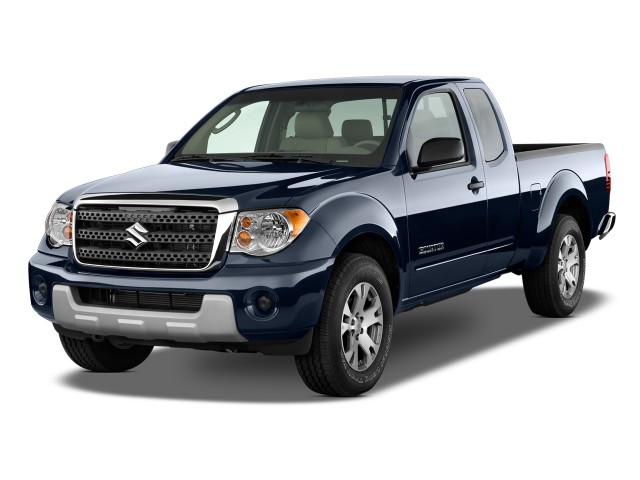 Suzuki fans, we have good news and bad news.

First the bad news: Suzuki has recalled 2011 and 2012 models of the Equator pickup. According to a bulletin from the National Highway Traffic Safety Administration, "Some of the bolts that connect the engine oil cooler and the engine oil filter to the engine in these vehicles may have been manufactured to below specification strength." If one or more of those bolts were to break, that could cause a rupture around the oil filter, resulting in an oil leak. If the leak is severe enough, the loss of oil could cause the engine to seize, dramatically increasing the risk of an accident.

If this sounds familiar, it should: Nissan recalled a number of Nissan and Infiniti models for the same problem last week. That list included the Nissan Frontier, on which the Equator is based.

Now the good news: there are only 73 vehicles affected by the recall, which is limited to trucks manufactured between June 16 and August 31, 2011. See: sometimes low production and slow sales can be a good thing.

If you believe you own one of the affected vehicles, you should receive notice of the recall around January 19, 2012. At that time, you'll be able to take your truck to a Suzuki dealer, who will replace the connector bolts free of charge.