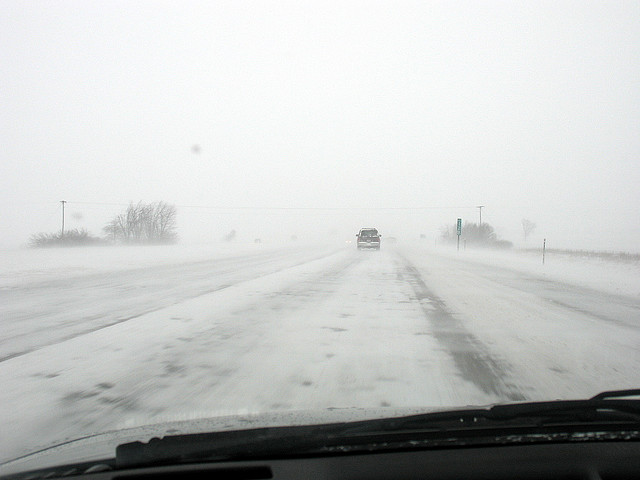 Here at Family Car Guide, we try to bring you as much detail as possible on the safety and comfort features of new vehicles. One detail we omit is the vehicle’s suitability for giving birth on a highway during a blizzard, but it seems that a New Mexico woman tested this variable on her own.

Elizabeth LeFevre began having contractions early last Tuesday morning, and by 2 a.m. the woman decided it was time for a run to the hospital. Bundling up against the snowstorm raging outside, LeFevre, her three-year-old daughter, her husband and her brother-in-law set off for the regional medical center.

Since the blizzard had closed I-25, the quartet was forced to take state highways. Two miles into the trip, LeFevre’s water broke, and it became clear that she wouldn’t be giving birth in a hospital.

Her husband, Russell LeFevre, a recently-graduated nursing assistant, jumped into action and delivered Joanna Mallory LeFevre in the front seat of the truck as his brother received further instruction from the emergency dispatch operator. After seeking help from a parked state trooper, the family eventually made it to the regional medical center, and the Associated Press reports that all parties are in good health.

While the type of truck driven by Neil LeFavre wasn’t mentioned, we suspect that it was a pickup truck equipped with four-wheel-drive and a bench seat. While bench seats may not be as safe as modern, airbag-equipped bucket seats, this story proves that they can certainly have their advantages.