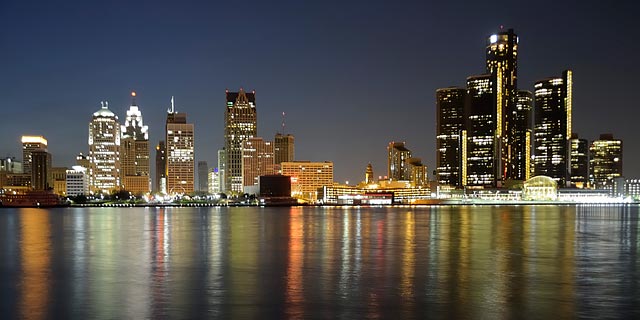 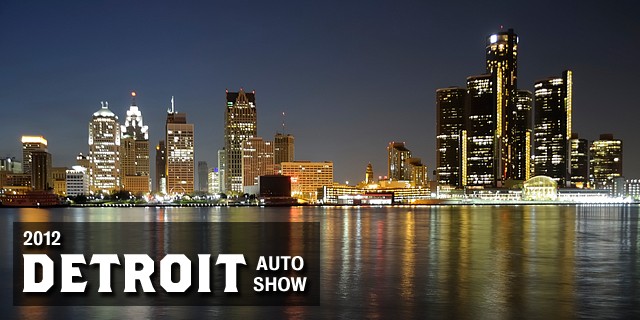 The 2012 North American International Auto Show, or, as it's more commonly known, the Detroit Auto Show, will soon be all over the Web, and with a barrage of concept cars, production cars, and other new vehicles and trim packages, there should be something like 40 debuts. Here's our guide to help you keep everything in order.

We will be live on the scene with a full team of reporters to bring you the latest photos, videos, and more from the floor of Cobo Hall, so tune in to our Detroit show coverage at Motor Authority for all of the details as the days count down to the January 9th opening.

In the production-bound category, cars range from small and efficient to large and luxurious, but perhaps unsurprisingly, they're mostly American.

The 2013 Dodge Dart, for example, will hope to shake up the small-car market with a dramatic exterior and a full-featured interior while still nabbing high gas mileage ratings thanks to advanced MultiAir engines and a nine-speed automatic transmission.

The 2013 Chevy Sonic RS will seek to add a patina of sport to the recently-revealed small car, though it seems to do it more with looks than with mechanical upgrades.

The 2013 Cadillac ATS moves up a few notches in size, but also ups the luxury quotient, hoping to take the fight to the BMW 3-Series and Mercedes-Benz C-Class. From the teasers, it looks like it will be visually equipped for the battle, but whether it can provide the sporty driving character and plush feel luxury buyers expect will remain for the road test.

Buick, on the other hand, is revealing a smaller crossover, the 2013 Encore. Targeting premium features, high gas mileage, and seating for five, it will also likely show the way forward for Buick's crossover styling.

The 2012 Porsche 911 Cabriolet adds to the recently-unveiled 2012 911 range with a convertible option. If it's anything like its hardtop sisters, it will be faster, lighter, more efficient, and more luxurious than the previous version.

Mercedes-Benz is bringing its latest SL-Class for a global debut, with the 2013 model completely changing the look of the car inside and out. Being lighter, more powerful, (subjectively) better looking, and even more luxurious inside, we're looking foward to laying eyes on the car in person--and we'll be bringing you live photos and video of the car so you can share in the experience.

Finally, we have the 2013 Bentley Continental GT V8, which builds on the Continental GT's sporty coupe and GTC convertible with a smaller V-8 engine. It may be smaller, but it's not puny, however, rating 500 horsepower and 487 pound-feet of torque thanks to 4.0-liter displacement and twin turbochargers. Despite the power, it is expected to reduce emissions and improve gas mileage compared to older models.

There's quite a list of concept cars coming to the show as well, including:

Other events and vehicles on display at the 2012 Detroit Auto Show include: