Craigslist Used Car Scams: How To Avoid Getting Taken For A Ride

Shopping for a used car can be stressful because there are so many options to consider. Do you go to a brand-affiliated dealership? The no-name lot around the corner? Or do you scour the classified ads on Craigslist? If you prefer the third option, beware: there are numerous used-car scammers trolling sites like Craigslist, and as the Hartford Courant reports, they've swindled 15,000 hapless shoppers out of $45 million (and counting).

The good news is that the fake ads are pretty easy to spot, if you approach them with the proper skepticism. (And yes, you should always be skeptical of classified ads, whether they're for cars or crochet hooks.) Here are some of the hallmarks:

1. You can't take the vehicle for a test drive. The car has already been crated. It's at a private garage in Switzerland. It's on a plane somewhere over the Rockies. There's always a long, involved, spiel about why you can't see/touch/drive the vehicle before the purchase. These stories are often emotionally compelling, like the one in which the "owner" says that her son was killed in the vehicle and the family can't bear to have it around any longer. To many shoppers, that might sound about as attractive as buying a deathbed, but to others, such a sob story is enough to make them overlook the fact that they won't be able to take the car for a spin. Heck, even a virtual test drive is better than none at all.

2. There's no way to contact the seller, other than via an email address. And that email address won't be linked to a restricted domain, like army.mil or yale.edu or cox.net -- it's going to be  from Gmail, Hotmail, or other free email provider. That means that the owner is practically impossible to trace. (Though it hasn't been reported, some criminals might also include a phone number, routed through a service like Google Voice, which can forward calls to other numbers automatically.)

3. You have to wire the money to the seller, though she promises to return the dough if you're unhappy with the vehicle. This is the mother of all no-nos and should raise the hair on even the most gullible person's neck. "But the money will be held in escrow by eBay until I receive the vehicle! I got an email to prove it," you counter, clearly forgetting everything that you've been told about phishing scams. It doesn't take much to create an official-looking email from eBay headquarters, or Western Union, or any other facilitator.

The bad news is that if those four bells and whistles don't stop you in your tracks, you may be doomed to lose your dough. As soon as the loot comes in, the evildoers ditch their email accounts -- which they've probably been accessing through public or stolen computers and smartphones -- and they walk away several thousand dollars richer.

Making matters worse, most of these criminals have been traced to locations outside the U.S. -- specifically, Romania. Someone with perfect fluency in English (possibly an ex-pat) is trying to give those Nigerian princes of yesteryear a run for their ill-gotten money. 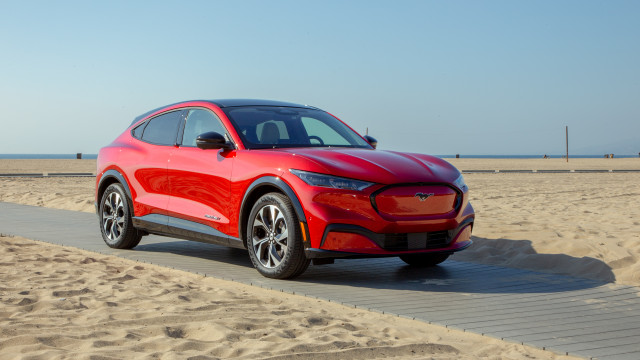