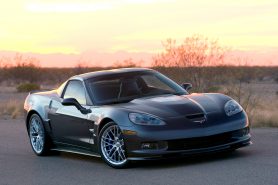 Thanksgiving's schedule includes three NFL games and one other major contact sport: Black Friday sales busting the doors earlier than ever.  For diehards it's all about the deals, mashed up (sometimes literally) with the rush from conquest.

There is a way to save thousands more than even the most intense Black Friday shopper--without sacrificing civility or personal safety.  TrueCar.com suggests you and your dignity sleep in, pass up the retail stores and head for new car dealers the day after Thanksgiving.  However counterintuitive, it reports this single day beats every other with predicted MSRP average savings of 9.5 percent and often more.

Why so much and such a limited time frame?  Don't confuse this with a typical seasonal clearance promotion.  It may be a contributing factor, but there's a lot more at play.  We're approaching the end of the month and the end of the year.  The 2011 cars have to find homes as 2012 models arrive.  Sales goals still have to be met, even as most consumers in a buying mood camp on cement to save a few hundred bucks on an off-brand television.

They could instead ride the leather seats of a 2011 Chevrolet Corvette after saving several thousand--around 18 percent--on a cash deal.  Nearly 30 percent savings can be had on a 2011 Nissan Titan, too.

TrueCar also identifies several other vehicle specials and buyer's tools on their website, with real-time updates.  In any case, the potential new-car savings are more compelling than wrestling a stranger over a panini maker.