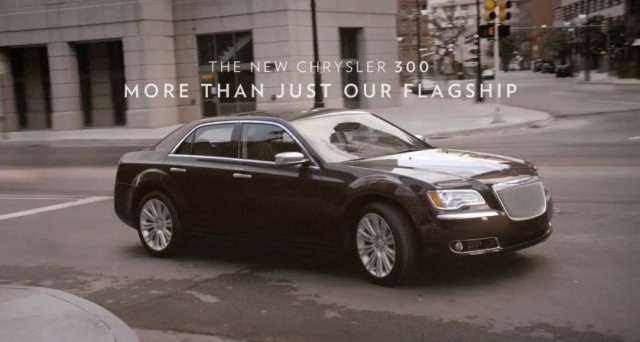 Earlier this year, Chrysler scored a touchdown with its "Born of Fire" Super Bowl ad, featuring Eminem, the Selected of God gospel choir, and the 2011 Chrysler 200. This Thursday, the automaker is hoping for a repeat with a new commercial starring a long-deceased writer and a nearly 100-year-old poem.

The writer is Edgar Albert Guest, a former poet laureate of the state of Michigan who died in 1959. The poem is "See It Through", which Guest wrote in 1917. While "See It Through" may not be the most memorable three stanzas in the history of English literature, its message of determination and drive is a good match for the Detroit-as-underdog theme underpinning Chrysler's "Imported from Detroit" campaign. Backed by the Muddy Waters tune "Mannish Boy", the commercial has an undeniable appeal.

(Side note: this ad was put together by Wieden+Kennedy, the same outfit that used Walt Whitman's "Pioneers! O Pioneers!" to great effect for Levis jeans. Someone's got a soft spot for English majors.)

After Chrysler emerged from bankruptcy in 2009, the company's marketing arm took a lot of heat for producing feel-good branding pieces, like the very strange one dedicated to Nobel laureate Aung San Suu Kyi. Dealers were perhaps the most vocal critics, clamoring for product-focused ads that talked about specific models people could buy.

While Chrysler's made great strides on that front as far as Dodge, Jeep, and even Fiat are concerned, this spot seems so focused on Detroit and the people who live there that the Chrysler 300 kind of gets lost in the shuffle. That doesn't make it a bad ad -- in fact, it's hugely memorable compared to most of the car commercials on TV -- but it may not be quite what dealers want.

The 60-second ad doesn't officially air until the Lions-Packers game on Thanksgiving Day, but Chrysler has done us the favor of posting it to YouTube. Have a look, and if you're feeling literary this Tuesday morning, scroll a little further for the full text of Guest's poem.

"See It Through"
by Edgar Albert Guest

When you’re up against a trouble,
Meet it squarely, face to face;
Lift your chin and set your shoulders,
Plant your feet and take a brace.
When it’s vain to try to dodge it,
Do the best that you can do;
You may fail, but you may conquer,
See it through!

Black may be the clouds about you
And your future may seem grim,
But don’t let your nerve desert you;
Keep yourself in fighting trim.
If the worst is bound to happen,
Spite of all that you can do,
Running from it will not save you,
See it through!

Even hope may seem but futile,
When with troubles you’re beset,
But remember you are facing
Just what other men have met.
You may fail, but fall still fighting;
Don’t give up, whate’er you do;
Eyes front, head high to the finish.
See it through!