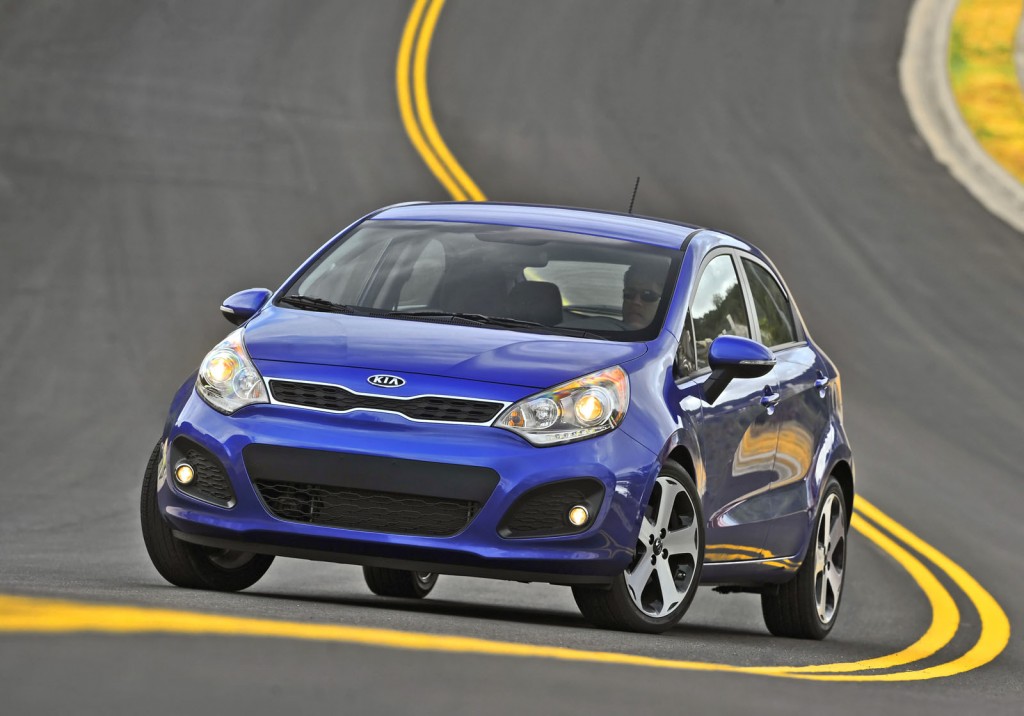 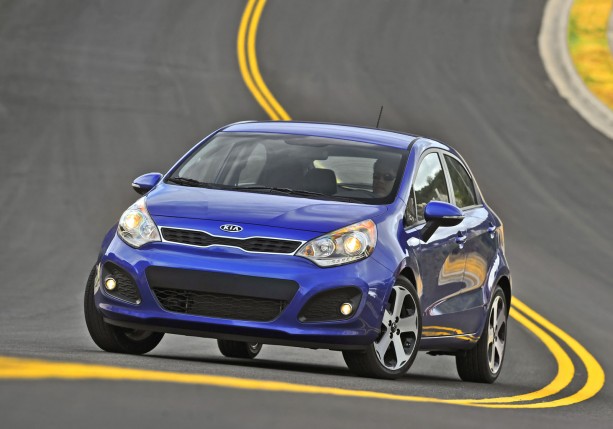 Monday's the big day--when High Gear Media names the winners of our three Best Car To Buy 2012 awards. While MotorAuthority mulls over the likes of the Benz SLS AMG, and GreenCarReports debates the merits of the Mitsubishi i, TheCarConnection has a different task at hand: winnowing down the pool of 25 eligible cars, crossovers and SUVs to a single Best Car To Buy 2012.

Of all the vehicles making the short list, this batch of five has some of the vehicles most frequently discussed by our editors. Is the Evoque a real game-changer, or costume jewelry? Can the Rio really be this good? When can we stop capitalizing SKYACTIV?

While we ponder those questions, take a look at this group of five nominees and see if your opinions match up with ours. We're bringing them all to you in alphabetical order, while we get ready to name the best of the best.

Stay tuned all week as we bring you more of the finalists--and visit us Monday morning, November 28, as we name TCC's Best Car To Buy 2012.

Kia's claim to fame in the past has been its close 10-year kinship with its owner, Hyundai. That's changing dramatically, as Kia steps out of the shadows and brings its own distinctive take on styling and features to some of the same running gear found on Hyundais. The Rio's a great example of differentiation versus badge engineering: the Rio's a clever little hatchback at launch, but notably smaller inside than the related Hyundai Accent. It's also better-looking to us, especially inside, where the knockout interior on EX and SX models makes the new Honda Civic looks woefully off its game. The Rio's four-cylinder, six-speed drivetrain turns in the same 40-mpg highway numbers as the Accent, but stop/start technology is coming to the Rio alone first, and it's said to be good for an extra mile per gallon. Another Kia exclusive: UVO voice control for the available navigation and audio systems, like Ford's SYNC but with a smaller vocabulary. All the newness almost overlooks the Rio's very good economy-car road manners and its very low base price of under $15,000. 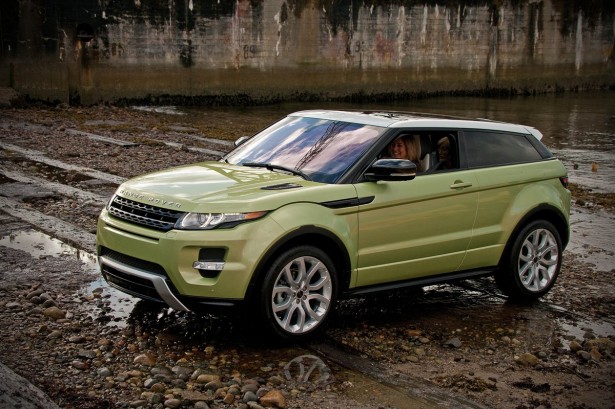 We're smitten with the Evoque, but for all the wrong reasons, if you're a Land Rover purist. Extreme off-roading? Who'd do that in the fancy Evoque, with its sensuous angular body and its fashion-forward color wheel? There is some off-road capability built into its electronic controls, and the Evoque's turbocharged 240-hp four-cylinder delivers some of the straight-line performance that Range Rovers dole out via a V-8 instead. Ultimately, though, the Evoque is about giving a very avant-garde impression that off-roading is about to happen, in the most unlikely of locations, mostly shopping and theater districts. It comes with not a little guilt, but we have to admit, we admire how the Evoque pulls off that particular illusion without a hitch. 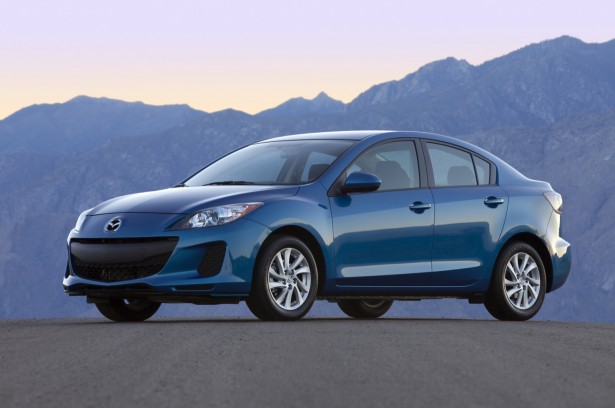 We like our economy sedans best when they're perky and pert-looking, and the latest edition of the Mazda3 meets those goals. Mazda's SKYACTIV package of weight reductions and efficiency increases gives the new 3 EPA economy of up to 40 mpg highway, and the stylists have erased the Cheshire grin from its front end--while engineers have hung on to the 3's tidy handling and quick steering. We're already ready for the inevitable MazdaSpeed3, but as it is, the first-year model's good enough to take its place alongside a vehicle with some of the same backstory, Ford's 2012 Focus. 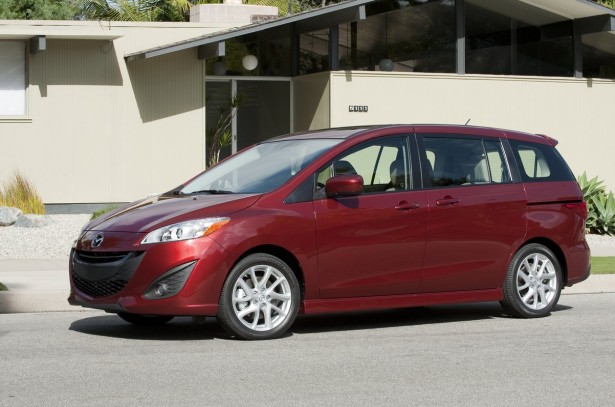 Last year, every large minivan brought something new or revamped to the fore. This year, the midi-minivan--or MPV, or whatever you prefer--returns with improved looks and power. Mazda's Mazda5 has always struck us as a common-sense alternative to crossovers, especially when all-wheel drive isn't a requirement, but the 5's always been, and continues to be, held back by its relative lack of power. The packaging's expertly done, however, and we can't help but think there's room to grow for the Mazda5, since the similar Ford C-Max seven-seat MPV has been canceled from that company's future U.S. product plan. 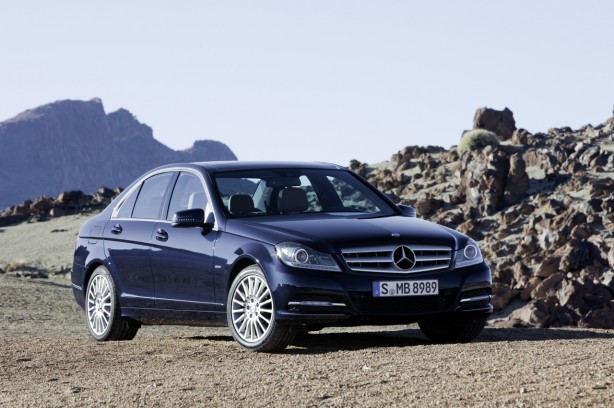 The C-Class continues down the road of continual improvement this year, but the 2012 edition's a bit more special than usual. It marks the return of four-cylinder engines to the lineup, and with turbocharging and direct injection, this four-cylinder's far more than adequate in the entry-level C 250. The C-Class lineup now includes a very attractive coupe, and the C63 AMG also returns--in either body style, giving the BMW M3 a very serious competitor, one that speaks its own language, not just in the literal sense.