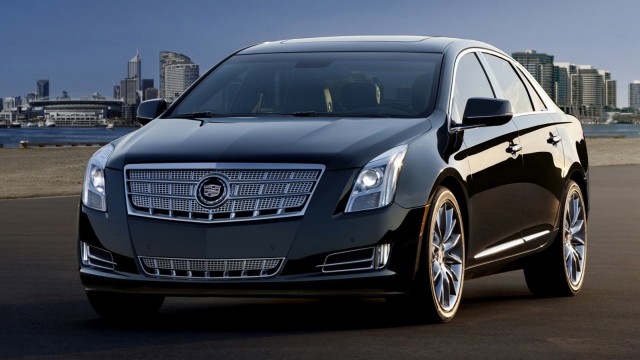 Following an earlier online reveal of the new 2013 Cadillac XTS on GM’s website, the big luxury sedan has been presented in the metal today at the 2011 Los Angeles Auto Show.

The XTS was first shown in concept form at the 2010 Detroit Auto Show as the XTS Platinum Concept, and to our eye, the production version shows sheet metal that’s a little leaner and features a few more creases.

Positioned above the CTS, the XTS delivers the space and presence that were once Cadillac signatures. Under its sheet metal is a stretched version of the Epsilon II platform underpinning cars like the current Buick LaCrosse and upcoming 2013 Chevrolet Malibu. GM says headroom, legroom, and knee space are all generous, which is important as the XTS is expected to be flogged to limo services as a replacement for the Lincoln Town Car.

It also marks the debut of the new CUE infotainment system, an advanced interface and telematics system that boasts several auto-industry firsts: the first fully capacitative touch-screen in the auto industry, the first to incorporate proximity sensing, and the first to adopt multi-touch gestures like those used with smartphones and tablets. 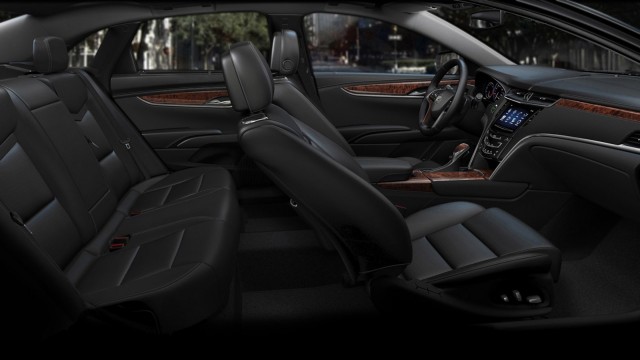 In terms of space, the XTS offers more interior room than midsize luxury cars and is in fact more comparable to full-size sedans, particularly in the rear where it has 40 inches of legroom.  And when it comes to trunk space, the XTS is in a league of its own, with 18 cubic-feet of storage available.

Along with the in-cabin electronics, Cadillac is introducing new short and long range radar systems with the XTS. These systems will be used for adaptive cruise control, front and rear automatic brakes, and rear cross traffic alert. Another new feature is a safety alert driver seat that vibrates to alert the driver. Combine these electronic safety features with the standard 10 air bags, and we can see Cadillac is looking to satisfy both the gadget loving and safety conscious crowd.

The 2013 Cadillac XTS goes on sale this spring, with production taking place at GM’s plant in Oshawa, Ontario, Canada.