Share The Ford Mustang Badge, Get Sneak Peek Of 2013 Mustang 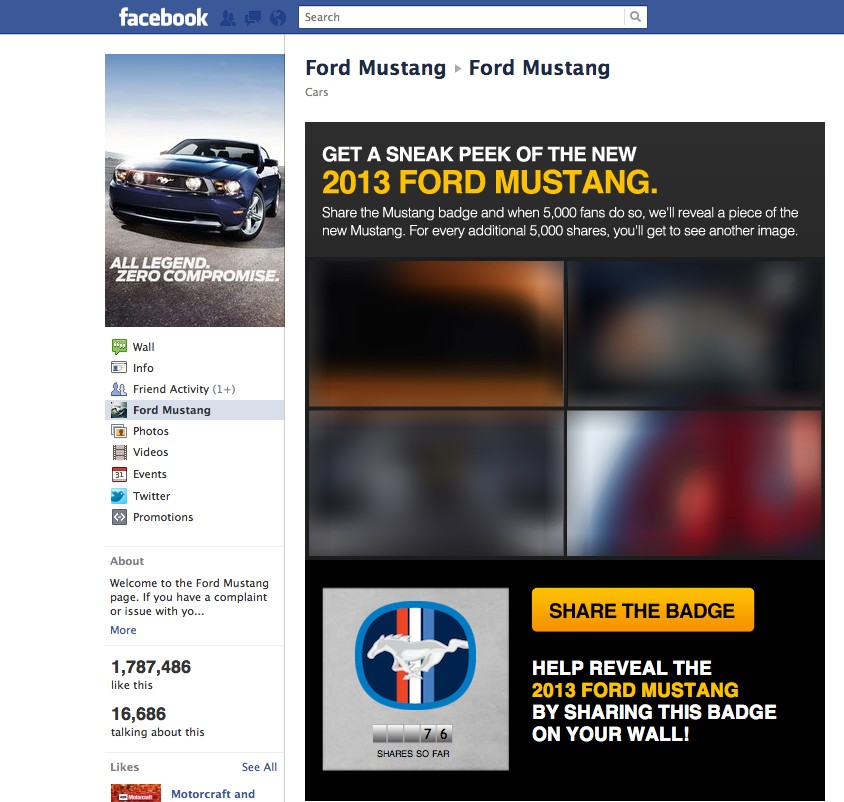 Are you dying to get a sneak peek at the 2013 Mustang before its reveal in Los Angeles next week? Well you're in luck, as Ford wants to be social with you. All you have to do is share the newly minted Ford Mustang social badge and get 5,000 of your closest friends to do the same thing, and Ford will reveal some new Mustang bits for your eyes to feast upon.

Craig Daitch of Ford's social media team, says "The bottom two images are really going to excite fans." While the photos are cropped tight, some key design changes are being revealed, according to Daitch.

So far, nearly 80 people have shared the new Mustang badge, so only 4,920 more shares to go before the Los Angeles Auto Show next week. Based on the nearly 1.8 million fans the Mustang fan page has, we would say this doesn't seem like a high hurdle to leap.

What are you still doing here?