2012 Honda CR-V Will Arrive On Time, Despite Supply Shortages 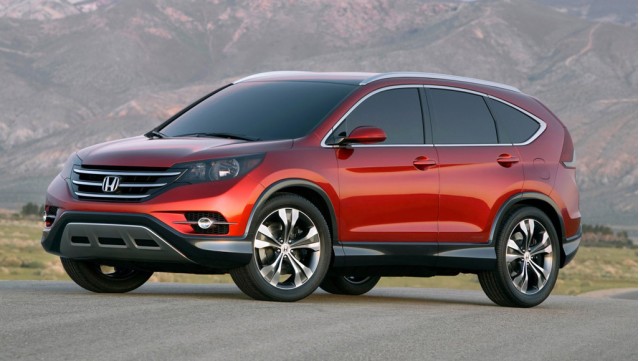 Last week, Honda warned shoppers that the redesigned 2012 CR-V could be delayed due to severe flooding in Thailand. An article posted last night to Auto News, however, confirms that the CR-V will arrive on time after all.

The Thai floods have had a significant impact on Honda's production schedule -- and its bottom line. Most significantly, Honda has closed all of its facilities in Thailand, and they may not open again for six months. The automaker also scaled back production at its six North American facilities to 50% output through November 10, and it scrapped current financial forecasts. (Yesterday, the floods forced Toyota to follow suit and nix its own estimates.)

Though most Hondas sold in North America are built using parts from North American suppliers, the 2012 CR-V depends on "a few critical electronic parts" from Thailand. Honda has been working with other companies throughout its supply chain to address the problem, and apparently, it's found a solution.

News of the 2012 Honda CR-V's on-time arrival was sent to dealers yesterday. In that memo, Honda noted that production at U.S. facilities will rise slightly -- up to 75% capacity -- through November 23. Production in Canada will also get a boost, but plants there won't return to full output until November 25 at the earliest.

The 2012 Honda CR-V has already appeared in concept form at the Orange County International Auto Show. The production version will debut next week at the 2011 Los Angeles Auto Show, and it should roll into showrooms this December.