Would You Buy A Car That You Drove In A Video Game? Ford Thinks So 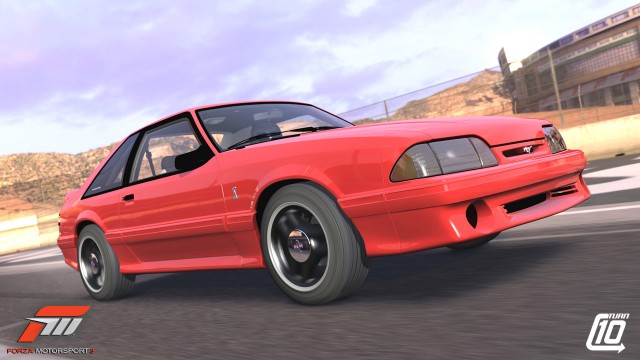 Pop in nearly any video game these days, and you're likely to see a slew of ads. In racing games like Forza Motorsport 4 and Gran Turismo 5, some of those ads come in the form of real-world vehicles you can drive on the virtual track. For over 15 years, companies have been trying to get the hang of in-game ads, and according to an article in today's New York Times, their efforts may be paying off.

Video game advertising is a tricky prospect. With the exception of certain company-sponsored games on Facebook in which real-word promotions sit at the core of the experience, in-game ads rarely have a "call to action" urging players to purchase a particular product. That means that few in-game ads can be tracked to specific sales.

In fact, most video game advertisements become part of the scenery -- billboards for soft drinks, posters for jeans, and so on. As such, they're designed to raise brand awareness, which is often more difficult to measure.

Automakers have gone to a lot of trouble to get their vehicles placed in video games, and few have as many on the virtual tracks as Ford. In Electronic Arts' upcoming game Need for Speed: The Run, for example, players can get behind the wheel of a Ford GT, a Mustang GT, a Police Interceptor, or a Shelby Super Snake.

Ford says that this kind of product placement is clearly having an effect on brand awareness. The automaker cites a recent study showing that players who saw Ford vehicles in video games thought more highly of the company (a 39% jump in brand rating), were 28% more likely to consider a Ford as their next purchase, and 39% more likely to recommend Ford to their friends. If those figures are correct -- and it bears mentioning that the study was funded by Electronic Arts, so caveat emptor -- it should bode well for Ford's bottom line down the road.

But converting in-game ads to in-showroom sales is a challenge. That may be because the target demographic for most driving games is fairly young -- men between 15 and 35. In other words, the ads may raise brand awareness, but they're aimed at a group of shoppers who may not yet have the disposable income to spend on the higher-end rides seen in video games. (Though youth-oriented models like the Ford Fiesta are certainly within their reach.)

We're curious: do you think you're more aware of particular models thanks to video games? Has your opinion of a vehicle or an automaker changed because of a video game? Drop us a line, or post a note in the comments below.