Kia And Blake Griffin Take Dunk Commercial To Next Level 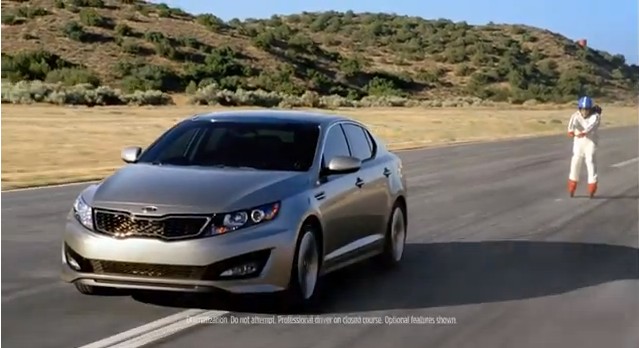 Back in February Kia teamed up with Clippers forward Blake Griffin for what some people have called the greatest NBA dunk ever. Later in the spring, Kia auctioned off for charity the 2011 Optima that was used in the marketing stunt.

Now Kia and Blake have teamed up to take the dunk stunt to a new level.

While the first dunk stunt was filmed during halftime of one of the Clippers home games, this latest bit was not. The stunt involves Griffin being towed on roller skates behind the new Optima and then launching off a ramp, flying through the air, and catching a basketball midair, ending with a slam dunk.

While the new stunt definitely steps up Griffin's 'game,' it's clearly doctored, and that hurts its credibility. Though, that makes it no less entertaining. Watch the video below and let us know in the comments if you think this tops the original stunt.