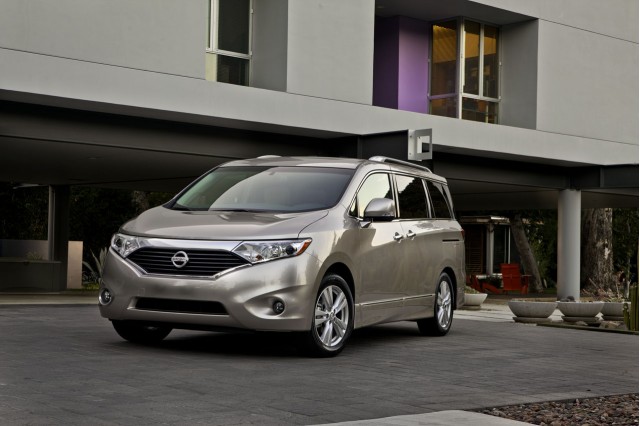 Nissan has released pricing details for its popular Quest minivan for the 2012 model year.

The 2012 Quest will roll out in four variations: S, SV, SL, and LE. Each will come with a 260hp, 3.5-liter V6 engine, as well as Nissan's advanced Xtronic CVT transmission. All Quests also come with Intelligent Key, a fob that allows drivers to enter and start their vehicles without needing to remove the key from their pocket or purse.

There's a new paint option for the 2012 Quest, too -- Super Black -- and XM Satellite Radio is now a standard feature (though of course, you'll need to subscribe to the service on your own). The 2012 Quest is rated at 19 mpg city and 24 mpg highway.

The 2012 Nissan Quest is currently on sale at Nissan dealers across the U.S.