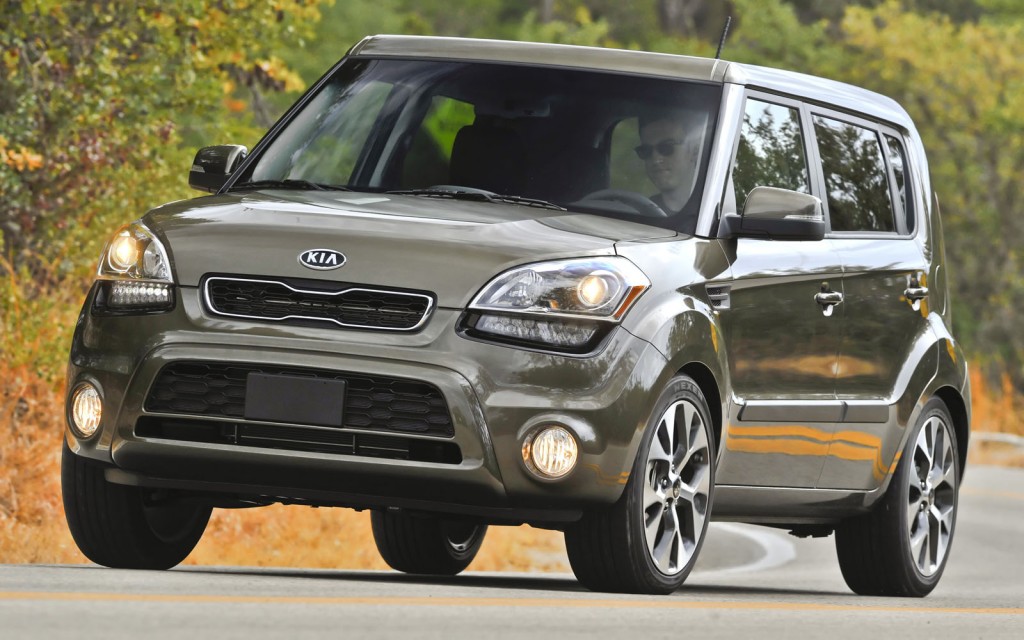 Today at High Gear Media, we review the 2012 Kia Soul and Consumer Reports says the 2011 Hyundai Sonata Hybrid's powertrain is unrefined. The 2013 Toyota Prius C gets an early reveal and a Lexus IS-F is crushed on video. All this and more in today's car news, right here on The Car Connection.

We review the 2012 Kia Soul and find it to be a roomy urban commuter with moderate road noise.

Did the 2013 Toyota Prius C compact hybrid get an early reveal in a brochure?

Watch this video to find out what 9 thousandths of a second looks like in an F1 car.

As of today Ford's SYNC system can read your text messages.

The NHTSA has published its 2012 vehicle crash test list.

Does this video prove the Nissan GT-R is so easy to drive, even a 5-year-old can drive it like Ken Block?

Watch this painful video of a Lexus IS-F being crushed because it was street racing.

Watch this video to know what life with an electric car is like.

Mercedes-Benz is recalling the 2011 E-Class diesel and other diesel vehicles due to a fuel leak.