Odometer Tampering On The Rise, Especially For Leases 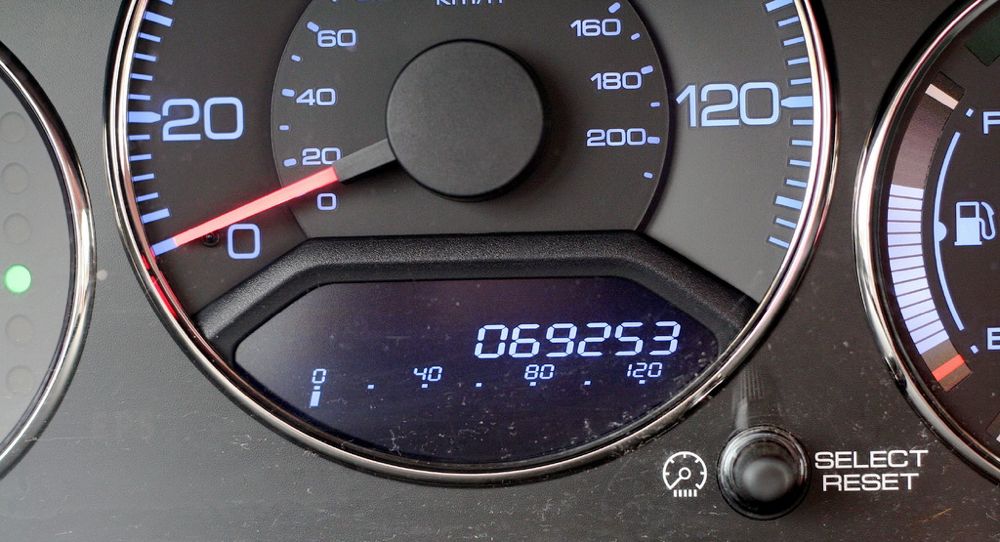 Leasing a new car can have it’s advantages over buying a new car. Since you’re only paying for depreciation plus use of the vehicle over an established period of time, your monthly payments are likely to be less than with an outright purchase. Since leases are usually capped at three years (or 39 months), those leasing cars can also get a new ride more often.

For every upside, however, there is a downside. Lease agreements typically cap mileage at 10,000 to 12,000 miles per year. This can usually be negotiated as part of the lease, but exceeding your allowed mileage over the life of the lease can have dire financial consequences.

Unable to keep the wonder that is your new car parked, you drive 15,000 miles per year instead of 10,000. At the end of the lease, you’ll be writing a check for $3,000 to cover the additional mileage you’ve racked up. Even if you only turn 12,000 miles per year, you’ll still be writing a check for $1,200, and that’s more than a lot of consumers can afford these days.

The New York Times cites data from AIM Mobile Inspections that claim illegal odometer rollbacks on leased cars have increased 30 percent in 2011 alone. AIM, which conducts  new and used vehicle inspections for auto dealers, bases its findings on vehicle inspections conducted in the Northeast, so the problem may or may not be widespread.

Tampering with a digital odometer is as easy as ordering a “speedometer calibration” scanner from one of the many Chinese manufacturers doing business on the Internet. Since the price of these units can run into the thousands of dollars, most rollbacks are likely performed by shops willing to break the law to make a few bucks. A few hundred dollars under the table is a lot cheaper than writing a check for thousands of dollars to your car dealer.

To verify odometer tampering, AIM will examine the condition of other components (such as tires, upholstery, gas pedal, brake pedal, etc) and can even go so far as to analyze fluids to check for wear. Vehicle history, especially in states requiring an annual inspection, is also closely scrutinized.

The net result is that used car shoppers need to be more vigilant than ever. When in doubt, have the car inspected by a professional, and don’t be afraid to ask for a service or inspection history. It may be cliche, but if a deal sounds too good to be true, it probably is.