2012 Hyundai Veloster: From The Show Floor To The Showroom 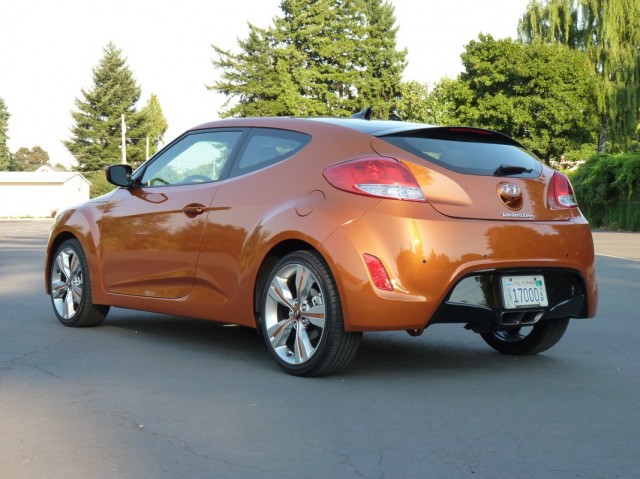 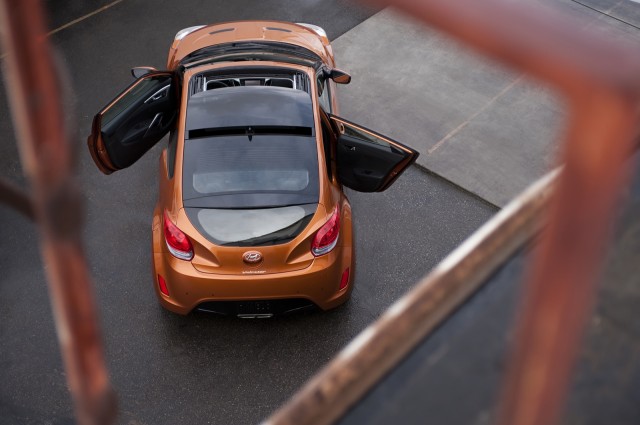 How does an all-new type of vehicle, like the 2012 Hyundai Veloster—with such radically different packaging and very extroverted looks—come to exist?

That’s what we asked Brandon Ramirez, Hyundai Motor America’s product planning manager, a couple of weeks ago as we were driving the all-new Veloster. In a world where there have been plenty of vehicles that looked and sounded great as ideas, as concepts, or on the drawing board, then sank in execution (yes, Aztek), we were curious about how Hyundai created a concept like the Veloster in the first place, then pushed it on to production in such pure form.

According to Ramirez, it started with a simple idea, to focus a sporty, coupelike vehicle entirely toward (and around) the wants and needs of stylish 20-somethings. In the spirit of competition, Hyundai put very few limitations on the idea but called out to all its global design houses. Several—including Hyundai Design North America—submitted full designs and mock-ups for the Veloster. But it was a design from the company’s Design and Technical Center in Namyang, Korea that in the end received the nod from the parent company. 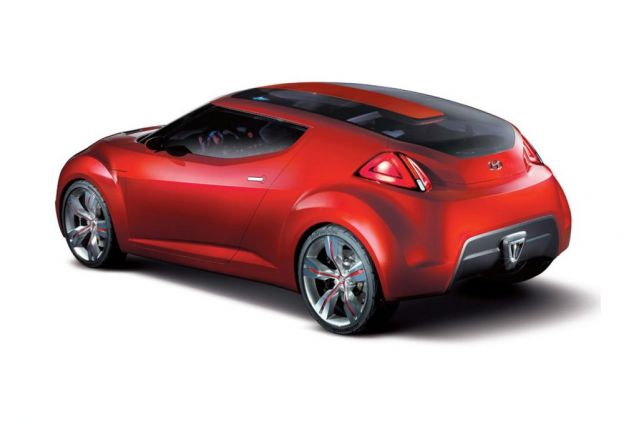 The Veloster Concept was then first unveiled by Hyundai at the 2007 Seoul Motor Show, then at the 2007 Frankfurt Auto Show, and it was one of the best-received concept designs from those shows.

The version that made it through to production was the Korean design, but fitted with some of the design cues of the American design—especially inside, said Ramirez, pointing to the contours of the dash, and some of the motorcycle-influenced details, such as the tailpipe-shaped vents. But the proportions of the exterior made it remarkably intact, with only minor changes, seemingly, all the way from the show floor to production.

Very early in the Veloster’s four-year development process, according to Ramirez, the company held many focus groups that really helped set the direction for the production version. For instance, he said, a number of younger drivers had experiences with vehicles such as the Honda Element or Saturn Ion, in which passengers would periodically close the doors in the wrong order, getting a metal-on-metal sound. So it was a no-brainer to go with a small, front-hinged back door instead, he says.

That so-called suicide-door setup has also introduced quality concerns anyhow, according to some sources, as well as safety concerns in light of new roof-strength requirements.

Most decisions were subject to change early in that development process, including the name. From the start, the Veloster, simply named from the words “velocity” and “roadster,” was to be aimed at younger 20-something buyers. But Hyundai even went to far as to test other potential names—like Zuma, Kona, and Strider—with journalists, while the production version was being developed.

After some time up close with this all-new vehicle, we’re glad they stuck with Veloster, and we think its appeal will reach well beyond hip 20-somethings.

In case you missed our coverage, be sure to read our First Drive of the 2012 Hyundai Veloster, or click through the in-depth pages of our Veloster full review.