Consumers Much Happier With Automakers, Not So Much With Airlines 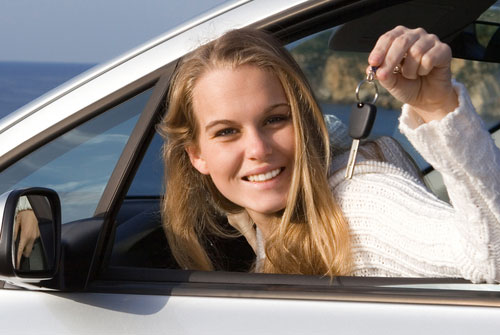 When the last Harris Poll on the public's perception of U.S. industries was conducted in 2009, automakers didn't fare so well. At the time consumers were less happy with car companies than with the pharmaceutical industry. (Ouch). But Harris has just released its 2011 results, and we're happy to report that automakers can breathe a sigh of relief. Airlines? Not so much.

In August of this year, Harris Interactive surveyed 1,956 U.S. adults by telephone and online, asking them about their feelings toward various business types like supermarkets, online retailers, banks, and so on. Participants were asked whether those businesses "generally do a good or bad job of serving their consumers". (Respondents could also give a neutral or "I don't know" answer.)

Harris then calculated the percentage of respondents who gave the sector a "good" rating, subtracted the percentage of those giving the sector a "bad" rating, and tallied the results. (Neutral responses were dropped.) For example, 61% of this year's survey participants thought that telephone companies were doing a good job of serving consumers, and 37% thought they were doing a bad job, resulting in a score of +24 for the industry.

How did automakers fare?

In 2009, carmakers scored an abysmal +6 -- the industry's lowest score since Harris began tracking it in 1997. This year, however, automakers are back -- not back on top, but in the middle, at a respectable 42. That ranks the industry just below packaged food companies and slightly above electric and gas utilities, but more importantly, it puts automakers back where they've historically ranked on this poll: between the upper 30s and lower 40s.

This makes sense, given the road that the auto industry has followed the past several years. The government bailouts begun in 2008 affected public perception of banks, investment firms, and the auto industry in similar ways. Unlike those other two sectors, though, the public seems to have forgiven and/or forgotten automakers' troubles.

Airlines, however, have a lot to worry about. In 1997, the sector scored a stunning +66, but customer perception has steadily eroded, hovering now at a barely positive +7. On the whole, it appears that public opinion about airlines began slipping around September 11, 2001, and despite a brief bounce-back a few years later, it's been on the decline ever since.

There is a bright side, though: even airlines scored better than investment firms, health insurers, tobacco companies, and oil companies, which landed at the very bottom of the barrel (no pun intended).