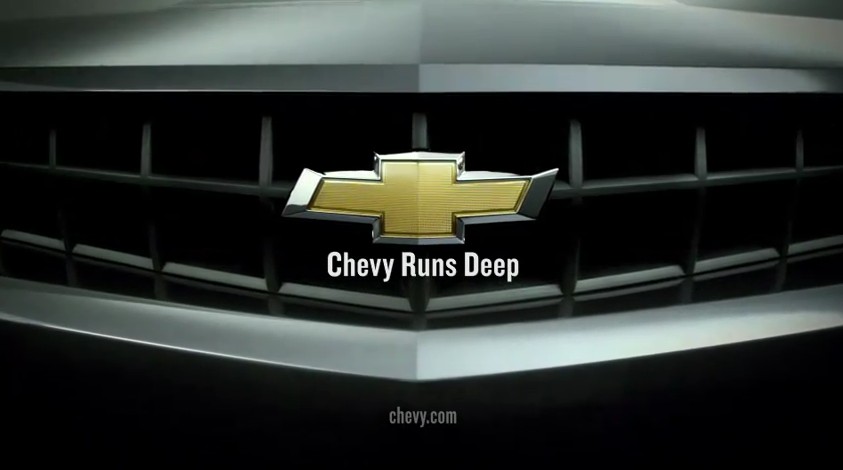 Over the years, Chevy has had some memorable marketing slogans. “Baseball, hot dogs, apple pie and Chevrolet,” for example, conjured up symbolic images of American life, while “like a rock” spoke to the durability of Chevy’s trucks.

“Chevy runs deep,” its most recent attempt at a marketing slogan, is just confusing. Despite the automaker’s attempts to explain how that signifies the long term relationship between the brand and American culture, most Americans simply don’t understand it.

In fact, since the slogan was introduced last year, it’s done nothing to boost showroom traffic. It’s “maintained the brand,” in advertising-speak, which is another way of saying that it’s kept the public from forgetting that Chevrolet builds automobiles.

If you’re playing along at home, it’s easy to lose track of how many ad agencies Chevy has gone through in recent years. Campbell-Ewald, Chevy’s long term agency of record (and the creator of the two memorable slogans referenced above) was kicked to the curb in early 2010, in favor of Publicis. Publicis created the “excellence for all” slogan, which made sense but was hated by chief marketing officer Joel Ewanick.

Publicis lasted just a few weeks as Chevy’s ad agency, which brings us to the automaker’s current slogan generator, Goodby, Silverstein and Partners. They’re the agency behind “Chevy runs deep,” and now they’ll be tasked with reinvigorating the ad campaign to draw customers back into Chevy dealers.

Chevy’s recent string of ad agencies isn’t its only marketing misstep of late. Last year, Chevy spent about 24 hours trying to convince the public to call it Chevrolet, before relenting and saying that Chevy was OK, too. Just last month, Chevy said it wanted to make the brand more like Apple, despite the fact that Apple is marketing driven, while Chevy is market-driven.

If we could make a suggestion, it would be this: get rid of the “Chevy runs deep” slogan, since no one will ever warm up to it. Go back to the days where slogans made sense, and appealed to the sentiments of the consumer. Above all, remember this: high-quality cars at reasonable prices, not advertising jingles, bring customers into showrooms.