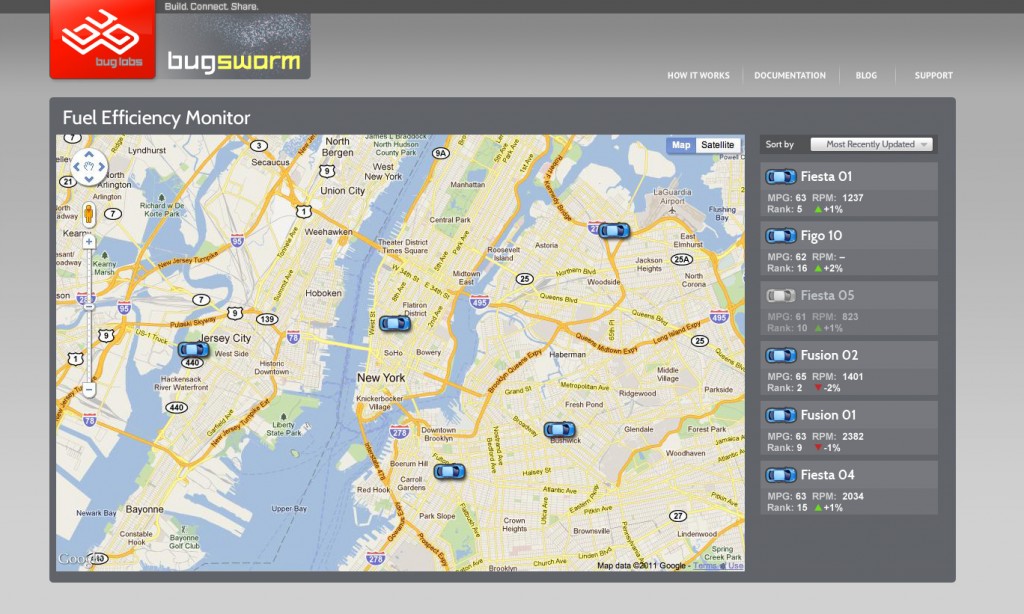 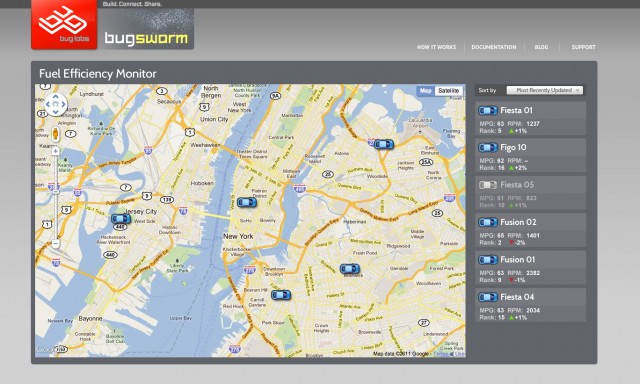 How about a module that compares your fuel economy to drivers around you, then displays the information on an interactive map? Whether you need that at all, or whether it will be another distraction, is the subject of some debate; but Ford is betting that some drivers will want this (or other cloud based data) available to them, and the automaker has partnered with software and hardware developer Bug Labs to create connected and cloud-based car accessories.

The fuel economy module is just one example of the kinds of accessories that the two companies are working on. Bug Labs backs open-source hardware and software development based on their “OpenXC” architecture, so individual modules can easily be swapped out. Don’t want friends tracking your fuel economy? Maybe you’d prefer to snap in the camera module and give them a first-person perspective of a lap around Laguna Seca, or maybe even a lap around your home town.

Since both the software and hardware are open architecture, anyone can create in-car devices or apps. That makes customization almost limitless and allows users from around the globe to share data. Want to know who won last weekend’s DTM race in Germany? A “Germany Touring Series” module could give you a community radio channel with race highlights and results (assuming such a module existed). Want the Nikkei Stock Index in real time? All it takes is a developer, and you could get the data streamed over your car’s radio.

Ford will show their prototype collaboration with Bug Labs (the aforementioned fuel economy module) in a 2011 Ford Fiesta at this week’s TechCrunch Disrupt conference in San Francisco. There’s no denying that it’s innovative, and it certainly gives Generation Y drivers more connectivity, but it also raises a question the NHTSA will certainly be asking: when does “connected” translate into “distracted?”