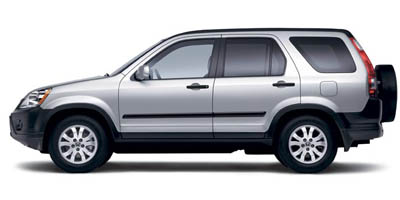 The 2006 CR-V's problems center around the power window master switch. Due to a design flaw, the switches in those vehicles can collect residue from interior cleaners, and over time, that residue can cause the electrical contacts within the switch to degrade. In a worst-case scenario, the combination of gunk and faulty electrical contacts could result in a fire. According to Honda, some 80,111 CR-Vs are affected.

The CR-Z's problems are slightly more complex -- and disturbing. Honda has discovered that in 2011 CR-Zs equipped with a manual transmission, the hybrid electric motor can spin in the direction opposite the one selected by the transmission (for example, spinning forward when the vehicle is in reverse). While that sounds pretty alarming, the good news is that this can happen only in very specific instances -- namely, when the gas engine has stalled, the battery is at a low charge, and the vehicle is in gear. Honda says that 5,626 CR-Zs are involved in this recall.

Although Honda hasn't released specifics of the CR-V fix, we assume that it involves a major adjustment to the power window master switch, if not a complete replacement. The CR-Z's problem will be addressed with a software upgrade. It's important to note that no injuries or deaths have been associated with either of these flaws (though the Detroit News says that the National Highway Traffic Safety Administration has responded to five instances of fires in the drivers-side doors of 2006 Honda CR-Vs).

If you own one of the affected vehicles, you should receive a notice about the recall later this month. At that time, you can take your vehicle to an authorized Honda dealer for repairs. If you don't receive a letter by the end of September but think that your vehicle might be affected, you're encouraged to visit www.recalls.honda.com or call 800-999-1009 and select option 4.