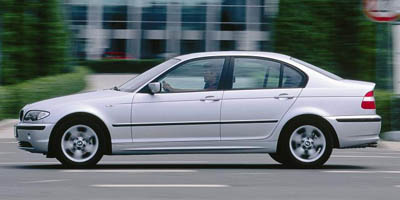 Hot on the heels of yesterday's recall of the 2009 BMW X5, BMW of North America has issued a second recall alert -- this time for 3-Series vehicles from the 2002 - 2005 model years. At issue is a flaw in the cars' electrical system that can cause the rear lights to stop working, increasing the risk of an accident.

Neither BMW nor the National Highway Safety Administration have fully explained what's causing the problem. The NHTSA -- which typically provides a good bit of detail about these things -- says in its bulletin that "resistance in the electrical contacts may cause one or more rear lamp functions (tail light, brake light, and/or turn-signal), within the vehicle's body panel, to stop working." But whatever the cause, a malfunctioning light at the rear of the vehicle -- especially a brake light -- could easily result in a rear-end collision.

BMW expects to begin repairing the affected vehicles next month. If you have questions in the meantime, we encourage you to call your local BMW dealer, or ring BMW directly at 800-525-7417. Alternately, you can call the NHTSA at 888-327-4236 and reference recall #11V438000.