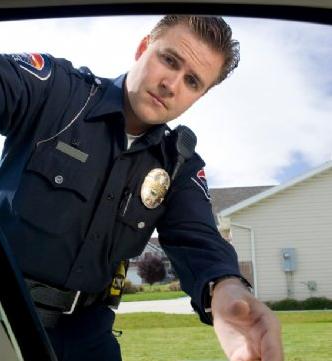 Across the U.S., in every state in the union (except New Hampshire), hundreds of drivers are ticketed each day for not wearing their seatbelts. In New Orleans, however, at least 215 of those tickets have gone to "phantom motorists", allowing one enterprising police officer to nab some extra pay.

In June, the New Orleans Police Department received a federal grant that provides overtime pay to officers who help enforce seatbelt laws. Police salaries being what they are, the grant drew the attention of many officers, including one Glenn Gross.

Gross apparently issued the 215 tickets to "phantom motorists" in three months since the grant funds were awarded. Details of how he accomplished that feat haven't been released, but since he works in the department's information technology division -- or did, until he was arrested yesterday -- it sounds as if he could have created them from the relative comfort of his desk. Eventually, one of Gross' supervisors became suspicious and reported him to the Public Integrity Bureau, which conducted an investigation.

ALSO SEE:  Want To Steal Gas In Public? You Might Get Away With It

From a New Orleans perspective

I've lived in New Orleans for most of my life, and the NOPD has always seemed to be in some kind of hot water, usually over allegations of corruption. We saw that play out on the world stage almost six years ago, in the immediate aftermath of Hurricane Katrina, when certain officers pilfered Cadillacs from a local dealer -- and, more brutally, in the high-profile killings of civilians on the Danziger Bridge during that same period.

In 2010, however, we elected Mitch Landrieu as our mayor. Despite the fact that he comes from a long line of politicians -- his father, Moon, was mayor of New Orleans in the 1970s, and his sister, Mary, is a U.S. Senator -- Mitch is a reformer. He's definitely cut from different cloth than any other mayor in recent history, and he seems hellbent on transparency and efficiency. He and his new police superintendent, Ronald Serpas, have taken heat for this and that, but no more so than any other politician.

That's not an attempt to excuse the actions of officer Gross (a 22-year veteran on the force) or his fellow officers who committed crimes in the wake of Katrina. It's only to say that, while there are still plenty of folks out there looking to make an extra buck -- in every field and industry -- there seems to be a push here and elsewhere to clean up things.

Now, buckle up, and watch out for phantom motorists.