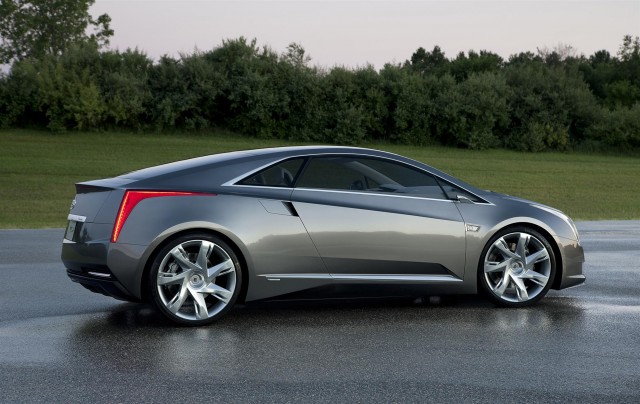 General Motors [NYSE: GM] has confirmed that it is developing the Cadillac ELR—a personal-luxury 2+2 coupe that will combine plug-in, range-extending electric-drive technology from the Chevrolet Volt with striking, uniquely Cadillac design and features.

The confirmation follows an exclusive published by companion site GreenCarReports last week, in which an inside source at the automaker told us that GM's product plan included an electric luxury coupe based on the Cadillac Converj concept car of a couple years ago and powered by a revised version of the Voltec powertrain from the 2011 Chevrolet Volt.

The Converj concept had previously been approved for production, then was killed around the time of GM's bankruptcy, due to a lack of projected profit from the project. GM apparently has stronger numbers now, based on its relatively strong sales so far for the Volt.

"Like other milestone Cadillac models of the past, the ELR will offer something not otherwise present—the combination of electric propulsion with striking design and the fun of luxury coupe driving," said Don Butler, vice president of marketing for Cadillac Marketing, who noted the enthusiasm around the original concept.

The ELS would likely also give General Motors a stronger chance at making profit from the plug-in niche, and helping to earn back some of the development costs of the complex powertrain.