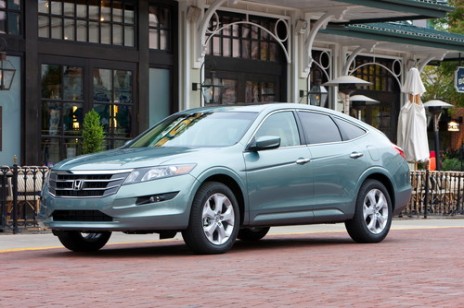 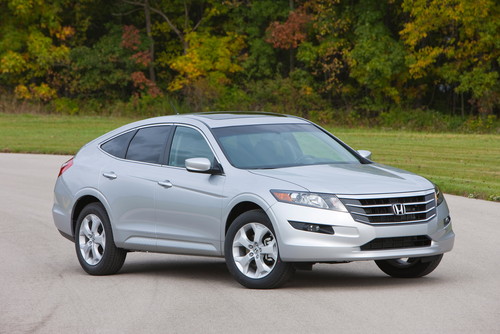 Officially called a “crossover SUV” by Honda, the 2012 Honda Crosstour isn’t like anything else on the road today (except the similarly-styled-but-mechanically-different Acura ZDX). Designed to look like a coupe and drive like a car but function like a crossover vehicle, the Honda Crosstour is easily the most polarizing vehicle in Honda’s current product lineup. Sales have been disappointing to date, thanks in part to the unconventional styling, compromised rear headroom and unimpressive fuel economy.

Honda’s not ready to pull the plug on their controversial crossover just yet, so the Crosstour returns for the 2012 model year with a few key changes. First, “Accord” is dropped from it name, so the new vehicle is simply the 2012 Honda Crosstour and not the Honda Accord Crosstour. Whether or not that will help the model find its own identity has yet to be seen, but the name is certainly less cumbersome than in previous years.

The 2012 Honda Crosstour continues to come in three major variants, including the base front-wheel-drive EX, the FWD EX-L and an EX-L version with Honda’s Real Time four-wheel-drive system. In addition to four-wheel-drive, a navigation system remains an available option on EX-L models only.

Stepping up to the EX-L version gets you such luxury touches as leather seating, heated front seats with a driver seat memory, improved speakers and an integrated HomeLink system.

All Crosstour models get a 3.5-liter V-6 engine with Honda’s i-VTEC variable valve timing and Variable Cylinder Management (VCM) to maximize fuel economy. VCM allows the Crosstour to operate on 3, 4 or 6 cylinders depending upon engine load and reducing fuel consumption under normal operating conditions. All Crosstour models come with a five-speed automatic transmission.