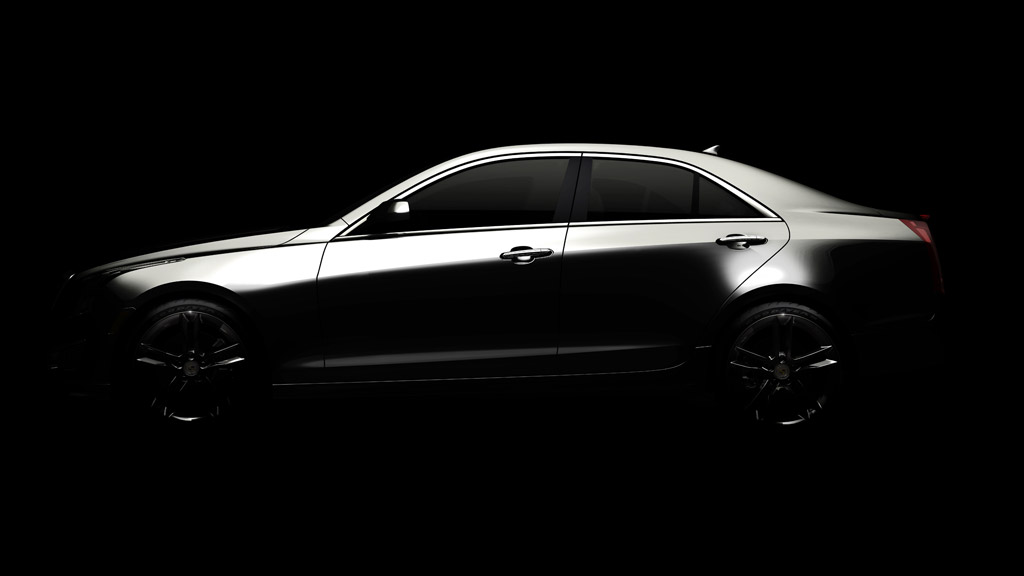 We've heard mumblings about the Cadillac XTS and ATS coming to market soon, and Cadillac has teased both of these models as concepts on the auto show circuit. But a few moments ago Cadillac confirmed both models for production on Twitter and followed shortly after with an official press release.

The new Cadillac, codenamed ATS, is an all-new compact luxury sports sedan based on a new rear-wheel drive platform. It will battle the mainstays in the compact luxury class, including the BMW 3-Series, Mercedes-Benz C-Class, and Audi A4. GM also released the first sketch of production vehicle, and we can see the sculpted sheet metal and large wheels peeking through the shadows. The new vehicle will launch in the summer of 2012.

Mark Reuss, President of General Motors North America said, "The car we codenamed ATS is being developed to be a driver's car on an all-new Cadillac-specific RWD-AWD architecture...We have extensively and exhaustively studied the competitive segment, and we have bench-marked the best. And when this car comes out, that will be readily apparent."

Cadillac also announced production of a new luxury sedan named XTS. Launching in the spring of 2012, the XTS will be front-wheel drive with all-wheel drive as an option. The styling will be based off of the XTS Platinum Concept shown at the 2010 Detroit Auto Show, though the neon headlights and full suede interior will most likely not make it to production.

Stay tuned for more updates on both the Cadillac XTS and upcoming compact luxury sedan.