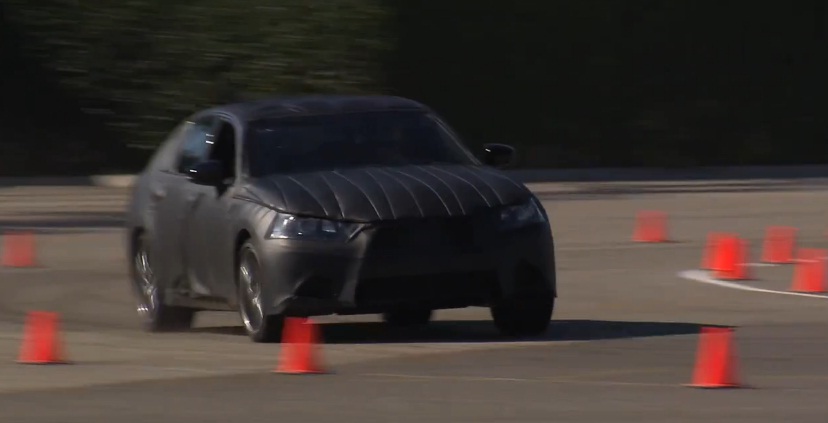 While we've been sworn to secrecy regarding the 2013 GS Facebook tab, come back tomorrow for a full rundown.

Lexus previewed the upcoming 2013 GS by showing the LF-Gh concept at the New York Auto Show. The concept introduced a bold new front-end treatment with a large grille and aggressive sheet metal, things not currently associated with any Lexus model except the LF-A.

A few weeks ago, Lexus confirmed the new 2013 GS will be revealed at the Pebble Beach Concours d'Elegance on August 18. An hour ago, Lexus posted an event on its Facebook fan page inviting its fans to attend the live GS reveal. The event confirms the date and announces the official reveal will start at 7:15 pm EDT that day.

Meanwhile, Lexus thought some of its fans might be wondering what a camouflage-clad 2013 GS would look like attacking an autocross. To appease these fans, it released a video onto YouTube earlier in the week featuring exactly that.

Test drive: 2023 Kia Sportage X-Pro handles off-road better than on road
Commenting is closed for this article
Contribute
Send us a tip Comment Contact the editor
Follow Us