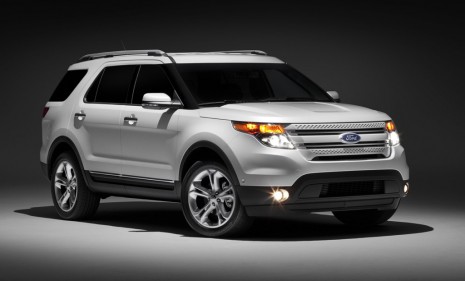 The 2011 Ford Explorer is now the most fuel-efficient seven-seat SUV on the market thanks to the addition of its four-cylinder EcoBoost engine option, which enables the big SUV to return an EPA rated fuel economy of 20/28 mpg city/highway.

But fuel economy isn’t all this engine is good for. Despite measuring in at just 2.0-liters, the four-cylinder engine develops a healthy 240 horsepower and 270 pound-feet of torque, the latter coming on from just 3,000 rpm.

The key is the twin benefits of turbocharging and direct injection, technologies that help the engine boost power while curbing fuel consumption.

The good news is that Ford plans to install this particular EcoBoost engine (there are already V-6 units in use) in more models across its lineup here in the U.S., and eventually 90 percent of Ford cars and trucks will have an EcoBoost engine by 2013.