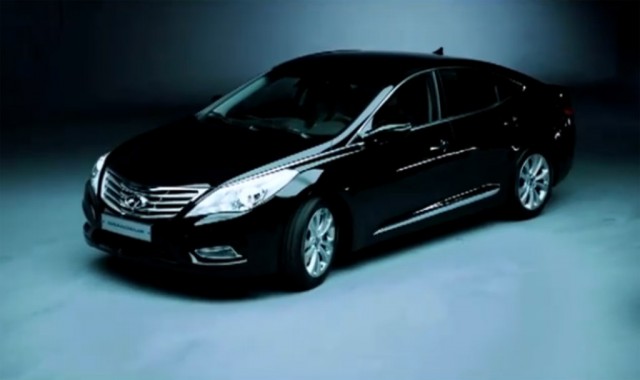 The Hyundai Azera represents a significant vehicle for the Korean automaker. In the U.S. market, it was Hyundai’s first foray into the luxury segment, and it was the first Hyundai sedan to break the $30,000 price barrier. As such, it paved the way for other luxury sedans, such as Hyundai’s Genesis and their flagship Equus.

The current Azera has been around since 2006 without a major redesign. That’s understandable, given how much effort Hyundai has sunk into the 2011 Sonata and Elantra and 2012 Accent, not to mention its refresh of the 2012 Genesis and Equus. The automaker hasn’t forgotten about the Azera, which was completely redone in their home market as the 2011 Hyundai Grandeur.

It’s now official: Hyundai has posted to Twitter that the newly revised Azera is undergoing final ride and handling tweaks, and will make its U.S. debut at this fall’s Los Angeles Auto Show.

Expect the 2012 Hyundai Azera to follow the same “fluidic sculpture” styling as the 2011 Hyundai Sonata, 2011 Hyundai Elantra and 2012 Hyundai Accent, including the hexagon-shaped grille, the wraparound headlights and taillights and the deep character lines in the doors. The new Azera will likely use the same 3.8-liter V-6 found in the 2012 Genesis, which boasts 43 more horsepower and improved fuel economy over the previous 3.8-liter V-6 engine.

The new Azera will remain positioned as Hyundai’s “near-luxury” segment offering, with pricing likely to slot in between the Sonata 2.0T turbo and the Genesis 3.8 sedan. There’s no word on when the 2012 Azera will hit dealer showrooms, but we’d bet on the first quarter of 2012.