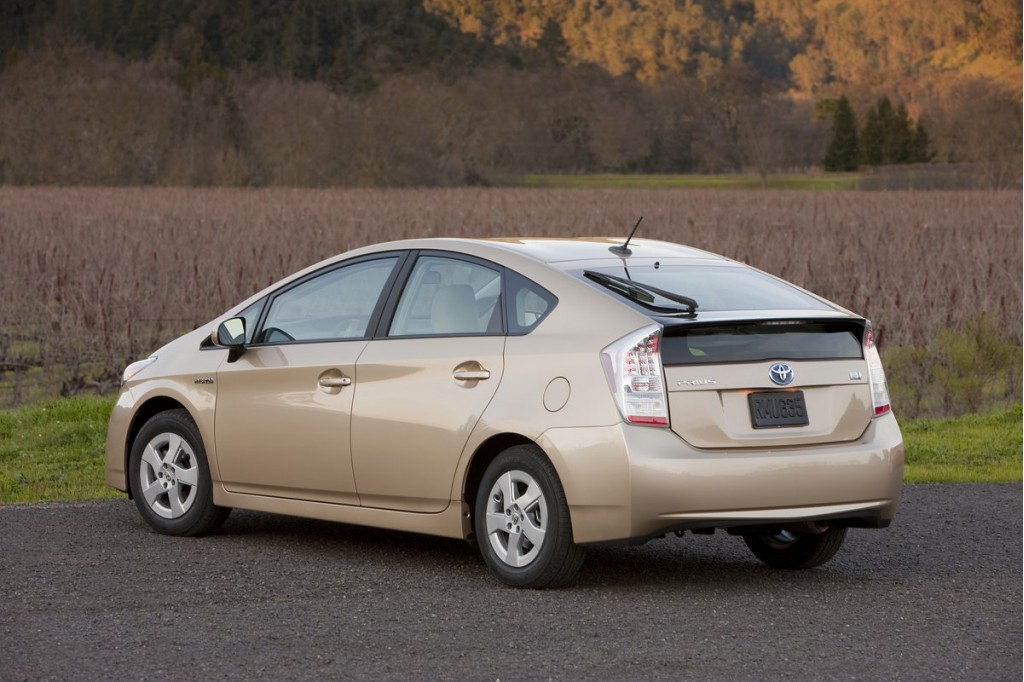 The 2012 Toyota Camry has been accidentally revealed in an assembly plant video. [TheCarConnection]

According to the EPA, the Toyota Prius is no longer the most fuel-efficient vehicle. [GreenCarReports]

A Lamborghini Gallardo has gone up in flames in Scotland. [MotorAuthority]

Even though Saab has funding commitments, it can't afford to pay its employees. [TheCarConnection]

A gold Ferrari 250 GTO sculpture will be revealed at Pebble Beach. [MotorAuthority]

The Chevrolet Volt has to turn on its engine, even if it's getting 3,000 MPG. [GreenCarReports]

Inductive charging is coming to the track for electric race cars. [AllCarsElectric]