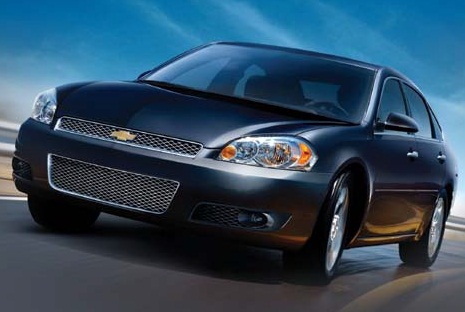 Remember the days when you had to choose between horsepower and fuel economy? You could pick one or the other, but asking for both usually ended in disappointment. Not so with the 2012 Chevrolet Impala, which gets a fuel economy rating of 30 mpg highway and 18 mpg city. That’s an increase of nearly six percent in city fuel economy, but an increase of more than 11 percent in highway fuel economy compared to last year’s 3.9-liter V-6 Impala.

The 2012 Impala also produces 302 horsepower from its new-for-2012 3.6-liter V-6 engine, which is just one horsepower shy of the last generation’s V-8-powered Impala SS. Further boosting both performance and fuel economy on the 2012 Impala is an all-new six-speed automatic transmission, which replaces the outdated four-speed automatic used on 2011 Impalas.

We’ll admit that 18 mpg city and 30 mpg highway aren’t exactly hybrid fuel economy numbers, but perhaps it’s best to compare the new Impala with the previous Impala SS, which was discontinued in 2009. Both produced similar amounts of horsepower, but the old Impala SS needed a 5.3-liter V-8 to get to 303 horsepower. That engine only returned 16 mpg in the city and 24 mpg on the highway.