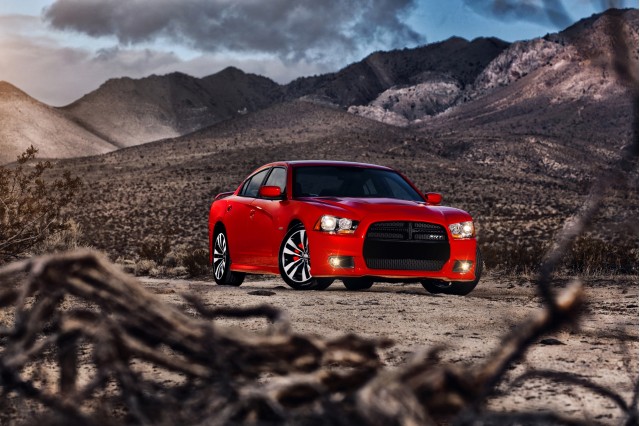 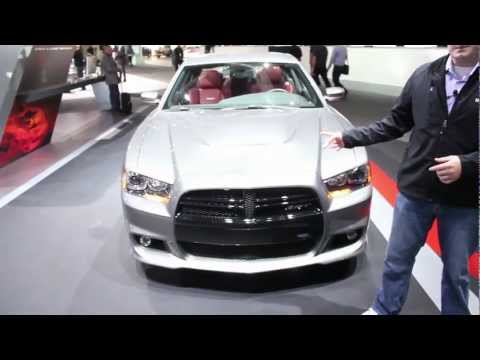 If you’ve got a thing for full-size American sedans with front-mounted V-8 engines powering the rear wheels, the Dodge Charger and the Chrysler 300 are your last remaining options. If you want your rear-drive sedan with a side of extra horsepower, the 2012 Dodge Charger SRT8 may be just what you’ve been looking for, and Chrysler has announced that the price will start at $46,620.

The 2012 Dodge Charger SRT8 comes with a 6.4-liter Hemi V-8, good for 470 horsepower and 470 lb-ft of torque. Since Chrysler’s upcoming eight-speed automatic wasn’t ready in time, the Charger SRT8 will launch with a more conventional five-speed automatic. That combination is still good enough for a zero to sixty time of less than five seconds, and a top speed of 175 miles per hour.

Although hauling three or four passengers at high speed is what the Charger SRT8 does best, the car also has technology to improve fuel economy. Chrysler’s cylinder-deactivation system has been updated for 2012, and is now used on both 6.4-liter Hemi and 5.7-liter Hemi-equipped cars with automatic transmissions.

Chrysler has yet to release fuel economy numbers for the 2012 Charger SRT8, but the manufacturer expects a 25 percent improvement over the previous Charger SRT8 model.

Look for all three new SRT8 models to hit dealer showrooms by the start of the fourth quarter.