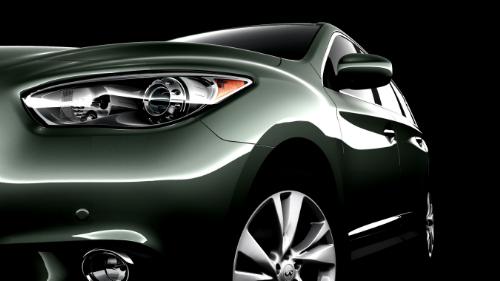 Infiniti has released the first image of its upcoming 2013 JX 7-seat crossover. [MotorAuthority]

Many automakers warn the EPA that E15 may void some vehicle warranties. [TheCarConnection]

Renault works itself into a Frendzy over its latest concept. [AllCarsElectric]

The Jaguar XFR Estate has been confirmed. We probably wont be getting it in the U.S.. [MotorAuthority]

A new drunk driving PSA in Brazil makes us scared to let the valet touch our cars. [TheCarConnection]

Chevrolet is fixing the 2011 Volt air dam at dealerships. [GreenCarReports]

A company in Washington is suing Ford for patent infringement. [AllCarTech]